This article focuses on contemporary social imaginaries emerging in the specific context of food delivery mediated by digital labour platforms (DLPs) in Italy. How can the dominant imaginary constructed by DLPs be challenged? Are there alternative imaginaries to the celebration of individual autonomy and extreme flexibility that can open up the possibility of emancipation for platform workers? After introducing the theoretical framework on social imaginaries, technological changes and possible paths of liberation within and from work, the article explores how the studied organisations – trade unions, grassroots groups, and cooperatives – define themselves and the workers they refer to, as well as the different social imaginaries they foster in contrast (or sometimes in agreement) to those promoted by DLPs. By proposing the concept of a «struggle for alternative social imaginaries», our findings – based on a multi-sited ethnography study – show how the initial dominant imaginary conveyed by DLPs is progressively challenged by the multi-vocality of the counter-social imaginaries promoted by the collective actors representing platform workers 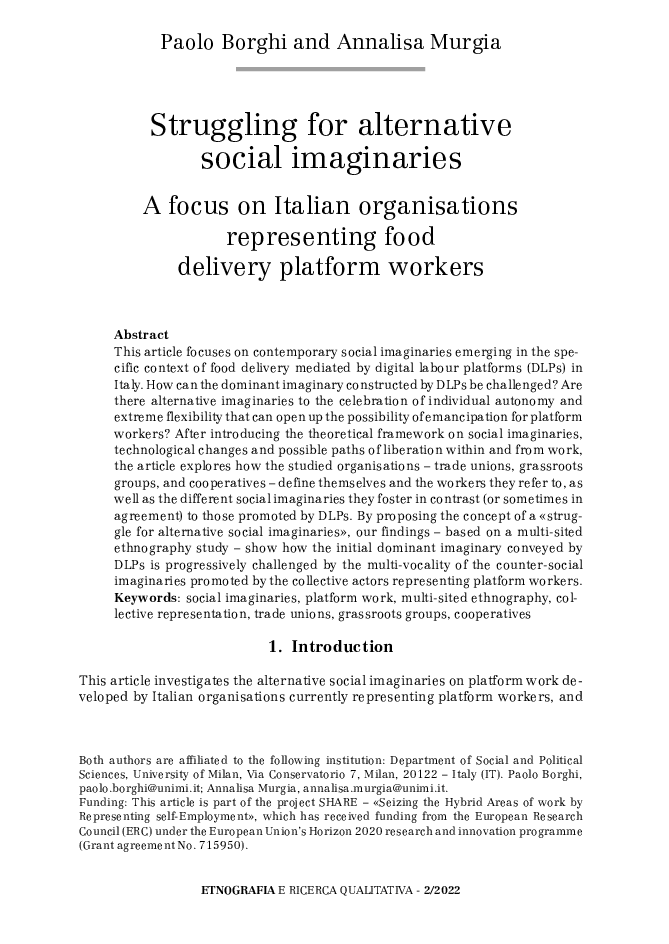