It is often said that Erving Goffman never traveled much; his work did it for him. That may not actually be true, especially when one considers the traveling habits of his generation. This paper attempts to answer a few seemingly simple questions: where, when, and in what circumstances did Goffman move around? Documenting his international whereabouts from the 1940s to the 1980s leads to a rather surprising world map. Not only did he move from Winnipeg to Chicago for his graduate work, but he moved to Edinburgh and the Shetland Island of Unst for his dissertation – the only sociology student of his cohort to go abroad. Later in his career, he could be spotted in Manchester, London, Rio de Janeiro, Konstanz, Urbino, Amsterdam, Brussels, Lyon – and a few other places. Not to speak of his still mysterious year in Paris with his wife in the early 1950s. So, there is an interesting hypothesis to develop about his «mental space», which is not simply based on a triangle between Chicago, Berkeley, and Philadelphia. Goffman may well have been more internationally minded than usually suspected. 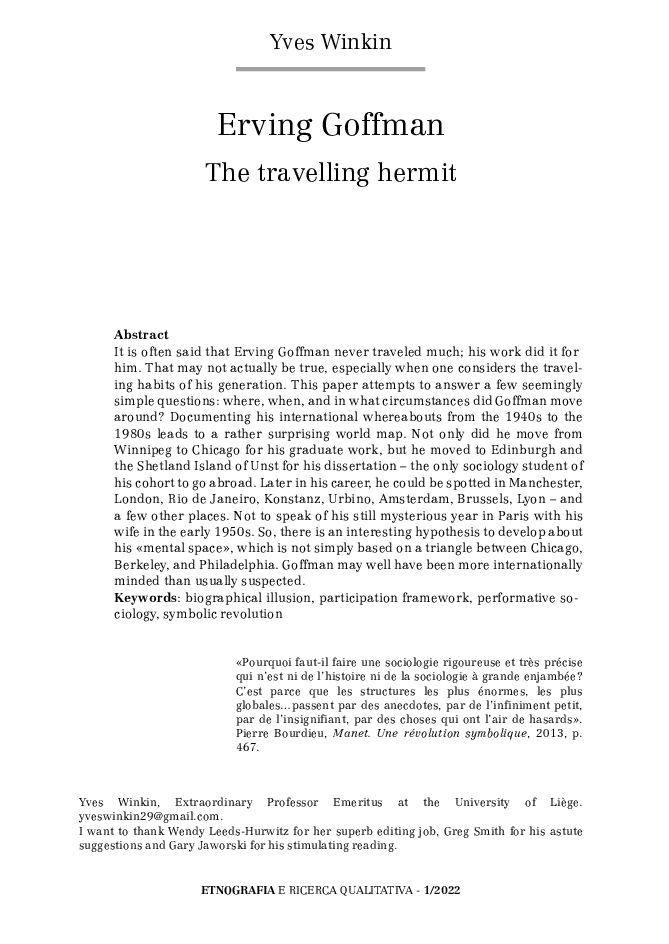