Erving Goffman was part of the generation of sociologists who turned away from macro sociological systems to the micro-sociology of everyday life. Leaders of these research programs included also George Homans and rational choice; Herbert Blumer and symbolic interaction; Harold Garfinkel, ethnomethodology and conversation analysis. All pushed in the direction of close empirical examination of the details of social interaction in natural settings; in varying degrees, all contributed to discovering micro-level processes that determine stability or change in macro-social patterns: how micro-processes drive macro-events. Goffman’s students and followers have explored the previously neglected dimension of social emotions and emotion work. Macro stratification is organized on the micro-level by frontstage or backstage positions of social classes; rituals of inclusion and exclusion by class, race, and gender; and exerting power through emotional domination in interaction rituals. Violence, the most blatant form of power, largely operates through impression management and emotional dominance rather than physical weapons 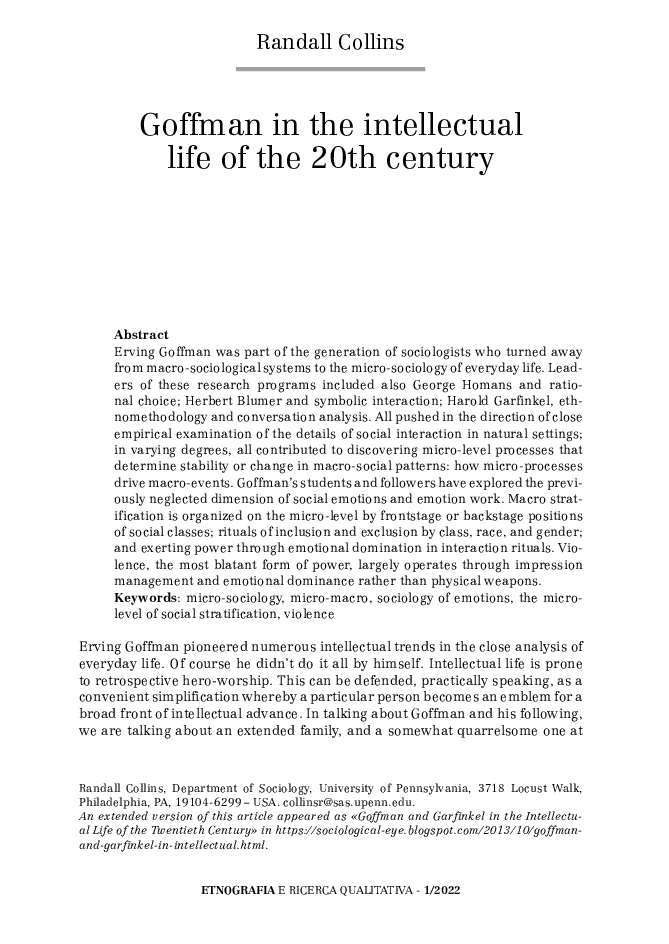