Hindus have been an established presence in Portugal for more than forty years. During this period, the practice of Hinduism has exhibited both conservatism and innovation. Long-term ethnographic research among Hindu communities in Portugal over the last twenty years has recognized the complexity of the connection between religion, gender and migration. Migration leads to tensions regarding gender roles, particularly among women. Accordingly, this paper analyzes the transformation of gender roles in the Hindu communities of Greater Lisbon, focusing on women’s authority in religious activities, and on the way they have used religion to negotiate their own gender status, challenging the centrality of male roles of leadership and sacred power, while simultaneously transmitting contradictory gender models. Migration has also produced new ways of practicing Hinduism through contact with the Portuguese religious context. This paper presents the relationship between Hinduism and Christianity in Portugal from the perspective of the iconographic gender culture of the Mother Goddess and the Virgin Mary as Our Lady of Fatima. 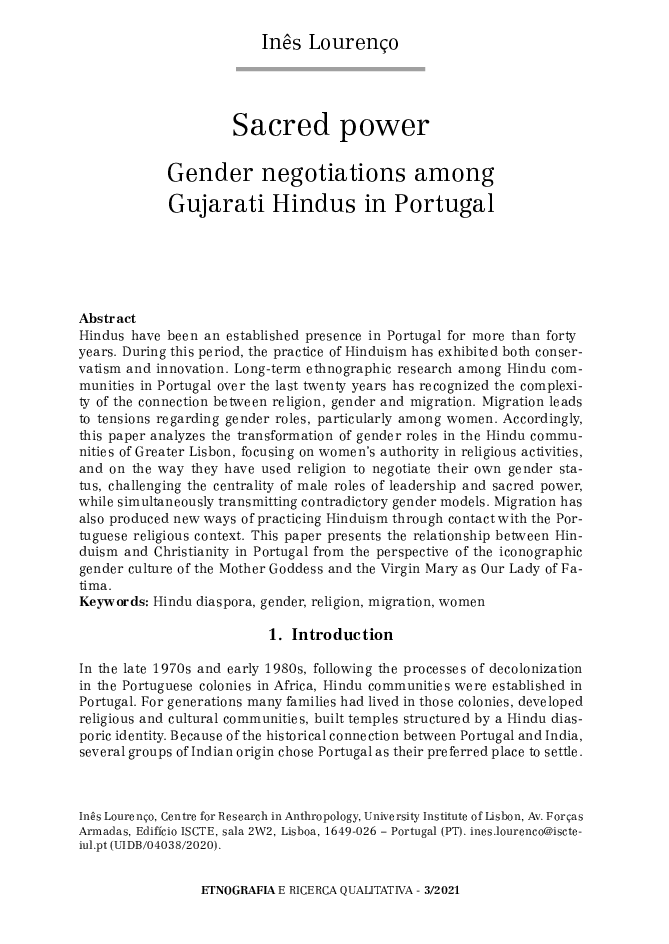