In this article, I examine women’s agency within a conservative religion, i.e., Orthodox Christianity, as conduct associated with a search for personal subjectivity and the intent to maintain one’s own religion. Focusing on a case study of the Romanian Orthodox congregation in Padua, I explore the femininity of women congregants with regard to two main issues: (1) the church’s life, starting with the banning of women from holy orders and Mount Athos; (2) the woman’s role as a wife and mother in the Orthodox family. Beyond Eastern Orthodoxy’s image as a monolithic religious system, the «doing» of gender and religion by Romanian women is apparently shaped through partial observation of and ambivalence toward religious norms. As flexible and diversified agents of cultural reproduction, Romanian women seem determined to reassert their national identification abroad and to nurture a broad traditionalism merging ethnic, national, cultural, and religious traits. 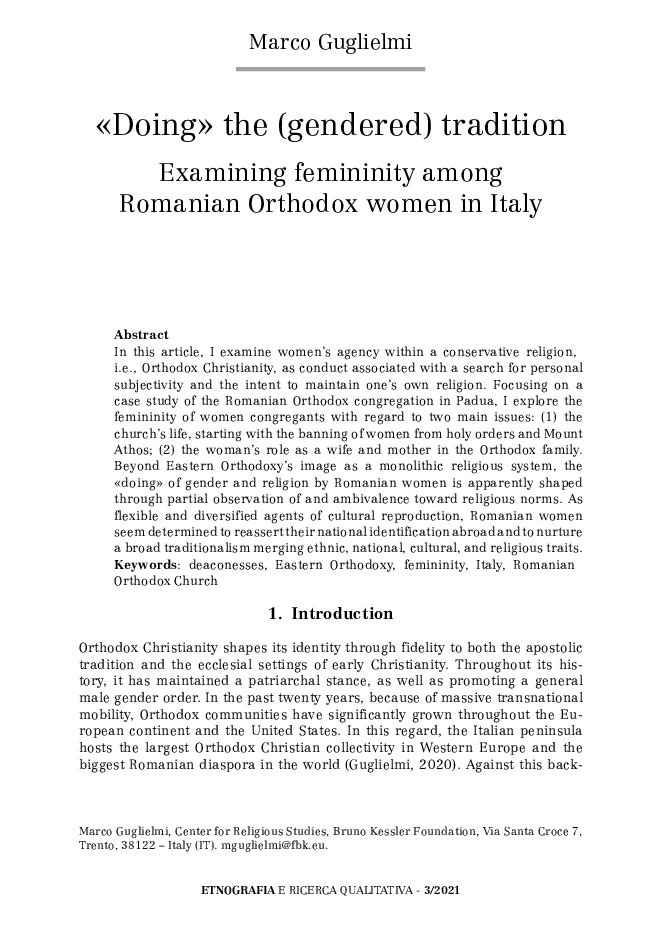