The paper deals with the relationship between medieval history and the history of medieval political thought. The author claims that, after a long period of time in which political thought was not considered a relevant object of a genuine historical inquiry, the situation is changing. In is opinion, the so-called linguistic turn has contributed to overcoming a prejudice against political thought, wrongly considered to be too abstract and unable to interpret historical reality. In order to support his claim, the author mentions not only recent volumes, such as "The Languages of Political Society" (2011), but also the contributions by Giacomo Todeschini and Paolo Evangelisti, deeply rooted in the legacy of Ovidio Capitani's teaching. Enrico Artifoni's ground-breaking studies on political communication in the Italian "communi" show how fruitful attention to language can also lead to a better understanding of the true functioning of civic institutions. In the second part, the paper focuses on the renewed attention to "political theology", intended not exclusively in the terms of Carl Schmitt, but rather in those of Ernst Kantorowicz. Referring to Antony Black, the author shows that it legitimates to speak of a theological language as one among other medieval political languages through which life in society and its sense in history were interpreted. 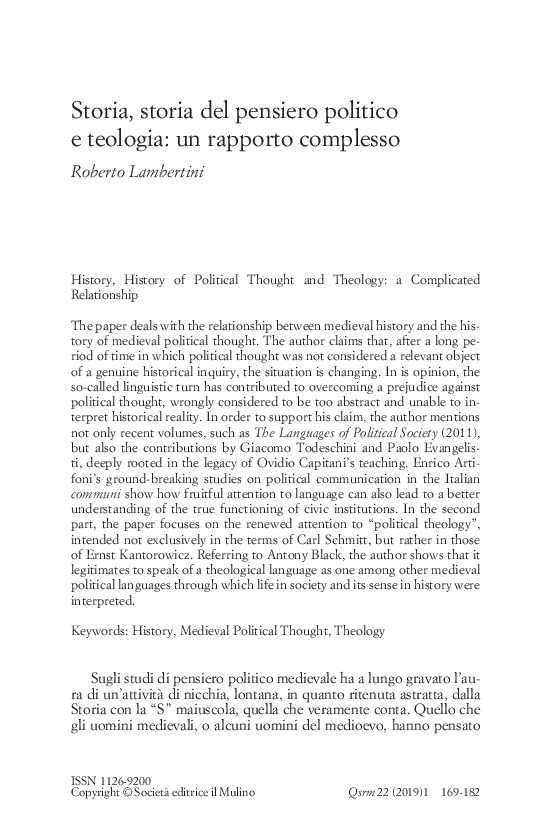