Moving from the footnotes to the "Storia religiosa" by Giovanni Miccoli, this essays analyses the connection between religious history and historiography. An account weighing up the Storia religiosa, which appeared in «Quaderni storici» in 1970, is highly important: in the Storia, attention was paid to the history of dioceses, bishops and the history of religious life as the history of the Church. This link has much to do with the role of Benedetto Croce in Italian culture. It is not merely by chance that, for Giovanni Miccoli, a book deeply influenced by Croce ("Arnaldo da Brescia nelle fonti del secolo XII" by Arsenio Frugoni) was fundamental. Croce was the author of a fundamental lesson on the hierarchy of sources and was also responsible for identifying the relationship between historical method and the definition of what is truly a source. Through the Storia religiosa, this essays questions what remains today of the thinking of Benedetto Croce. 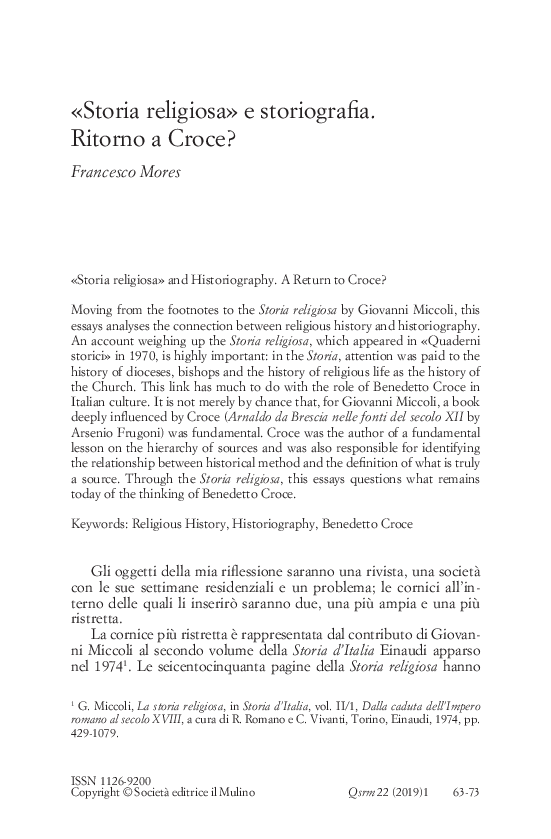