A «crisis of development aid» occurred at the end of the 1960s. First, the worrisome indebtedness of developing countries in Latin America and Asia raised questions about the efficiency of development assistance. Second, decreasing American foreign aid forced developing countries that depended on it to find alternative financing sources. Studies on the crisis carried out by UNCTAD, the OECD and the Pearson Commission motivated a rise in multilateral lending in development financing, notably by the World Bank, the policies of which concurrently evolved towards a neoliberal framework. At the same time, an increase in international financial market activities benefited developing countries. The latters’ use of Eurodollar markets paved the way for the Global South’s indebtedness, which rose after the 1973 oil shock and caused the 1980s debt crisis. This article therefore suggests that the development aid crisis laid the groundwork for the main features of the debt crisis. 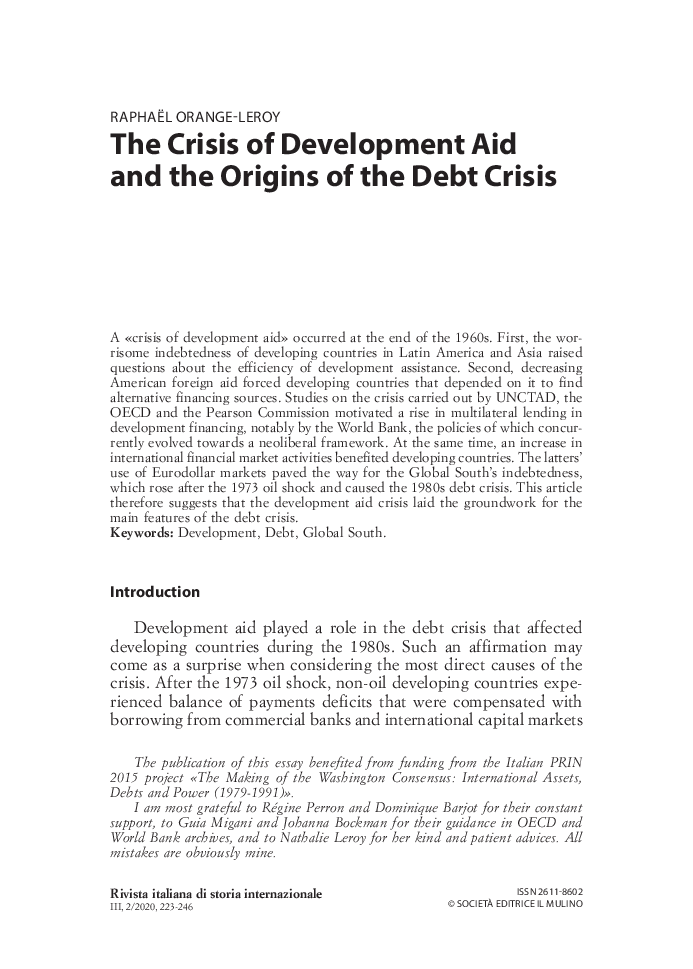