In this paper we discuss the so-called priority rule, an implicit norm that regulates the attribution of scientific prestige, described by Merton. It prescribes that the credit is only awarded to the first who makes a discovery. We discuss some theoretical arguments in favor of and against the rule. Then, we argue that the notion of ‘first discoverer’ is problematic, and that the rule is not always applied. To do so, we consider a case study concerning the discovery of antimatter. In the case of antimatter, a specific moment in which that discovery is made is hardly identifiable, since the discovery depends on a network of theoretical and experimental activities. We also analyze how the rationale for assigning three Nobel prizes for the discovery of antimatter seems to acknowledge the sharedness of the discovery, showing that, instead of stipulating a first discoverer, the scientific community awarded multiple prizes. 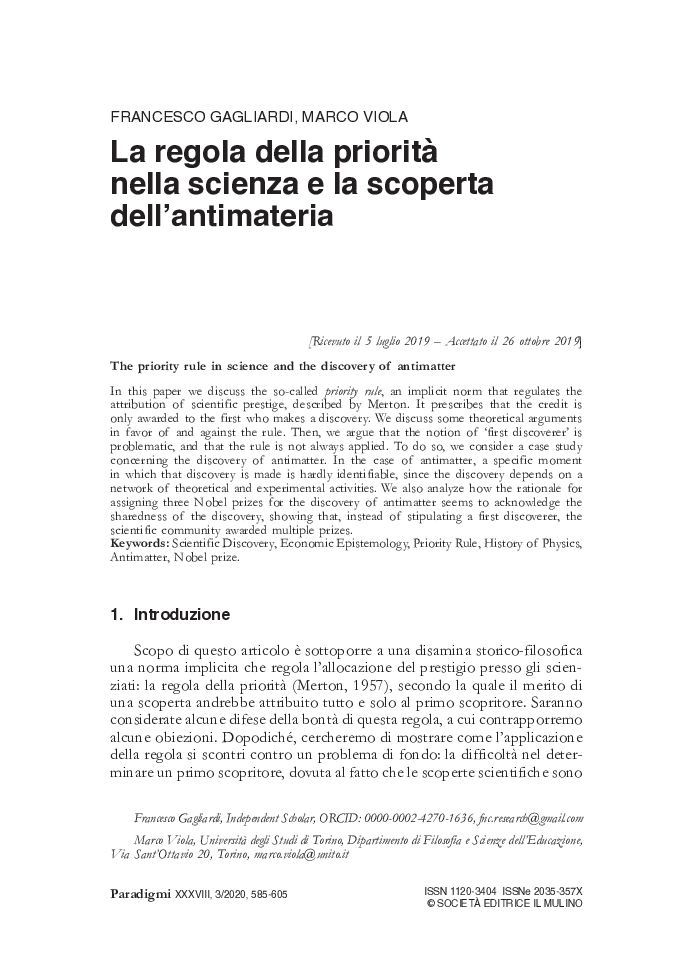