At the end of 19th century, the young Benedetto Croce was a Marxist thinker who tried to conciliate the classical labour theory of value (also employed by Marx), with the new utility theory of value (conceived by the “marginal revolutionµ). This attempt seems to be well expressed by the enigmatic and hermetic expression “elliptical comparisonµ. Croce, however, does not dwell for long on the explanation of this concept, so what does it actually mean? To better understand it, it is useful to analyse both the sources of Croce, and the first interpretations of this expression by Antonio Labriola and Maffeo Pantaleoni. By doing so, the idea of “elliptical comparisonµ appears to be a conceptual figure designed by Croce, starting from the two “focal pointsµ of the theory of value by Marx and pure economy 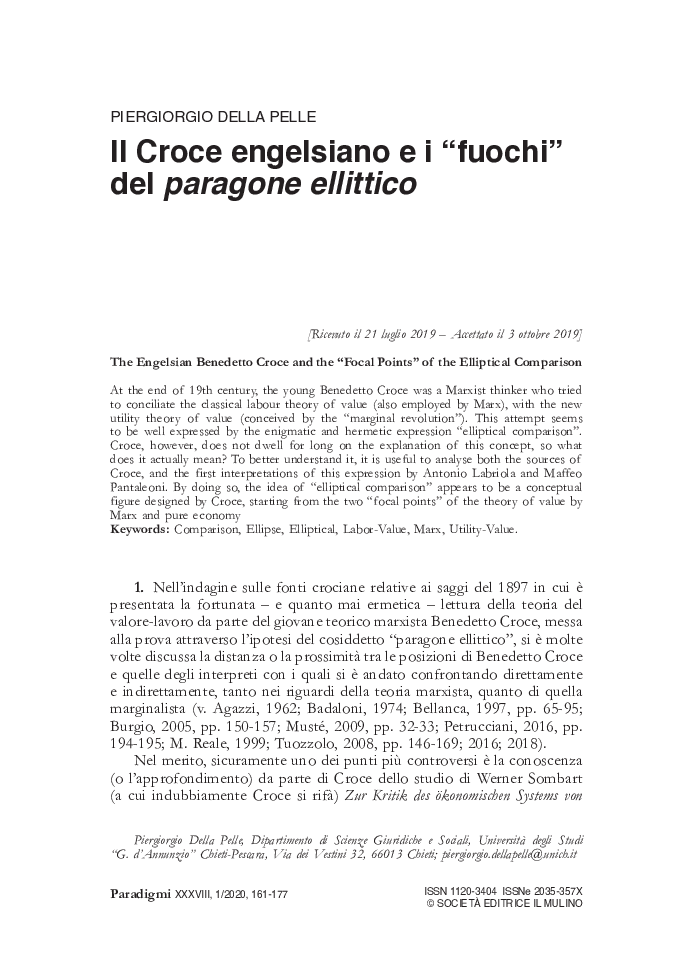