This article focuses on a little studied aspect of Benjamin’s thinking in the period in which he wrote his Trauerspielbuch: his reading of The Tempest. Benjamin had for a long time intended to write a commentary on The Tempest, which could provide the answer, he believed, to some very important questions. The starting point will be a comparison Benjamin makes in a letter between Sigismund, the unfortunate protagonist of Hofmannsthal’s drama Der Turm, locked inside the tower since he was born, and the strange servants of the magician Prospero in Shakespeare’s The Tempest: “Caliban, Ariel, the half animal-half man, or the primal spirit of any kindµ. It then looks at the fundamental difference Benjamin highlights between Calderon – from whose Life Is a Dream Hofmannsthal’s drama is taken – and Shakespeare. While Calderon’s image is – Benjamin wrote in another letter – an “intensification of speech itself µ, Shakespeare’s image is “similitude and figure of action and manµ. The political value of this difference will be investigated through another work that will have a great importance for Benjamin a few years later, The Master of Ballantrae. What is the fundamental “meaningµ that Benjamin finds in this book? 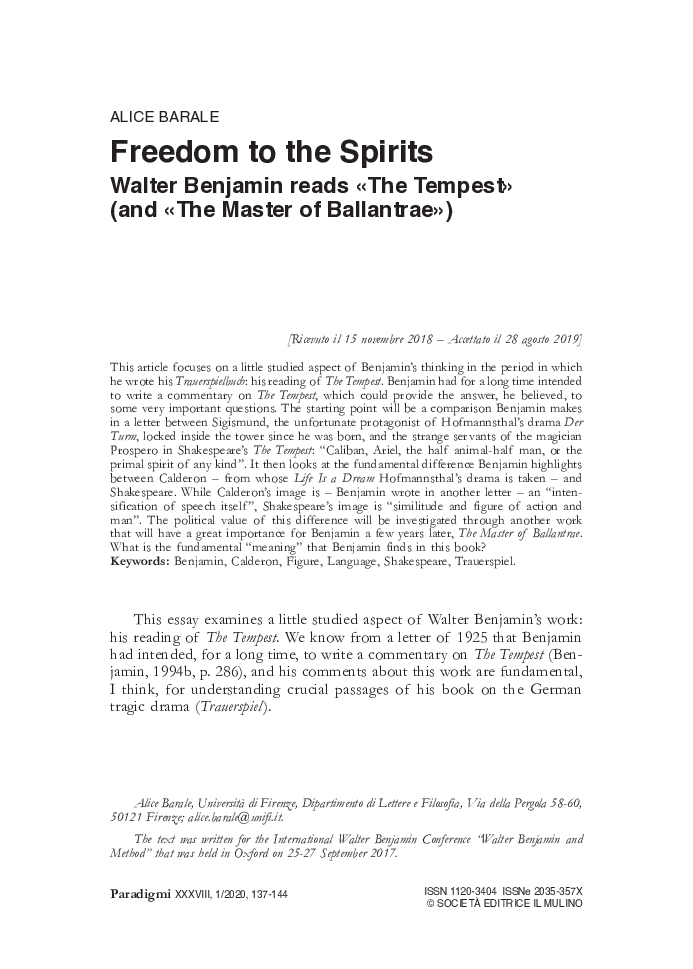