The aim of this paper is to investigate the relationship between the notion of politics and the poetic form of tragedy in Benjamin’s Trauerspiel book. What I intend to show, in fact, is the possibility to read The Origin of German Tragic Drama, that is Benjamin’s Habilitationsschrift, not simply as a book of aesthetics, but as a writing in which Benjamin determines his very basic notion of political emancipation. Moreover, in this paper I intend to stress the close bond between tragedy and politics, contrary to the large part of critical debate that identifies Benjamin political analysis with his determination of the idea of Trauerspiel. 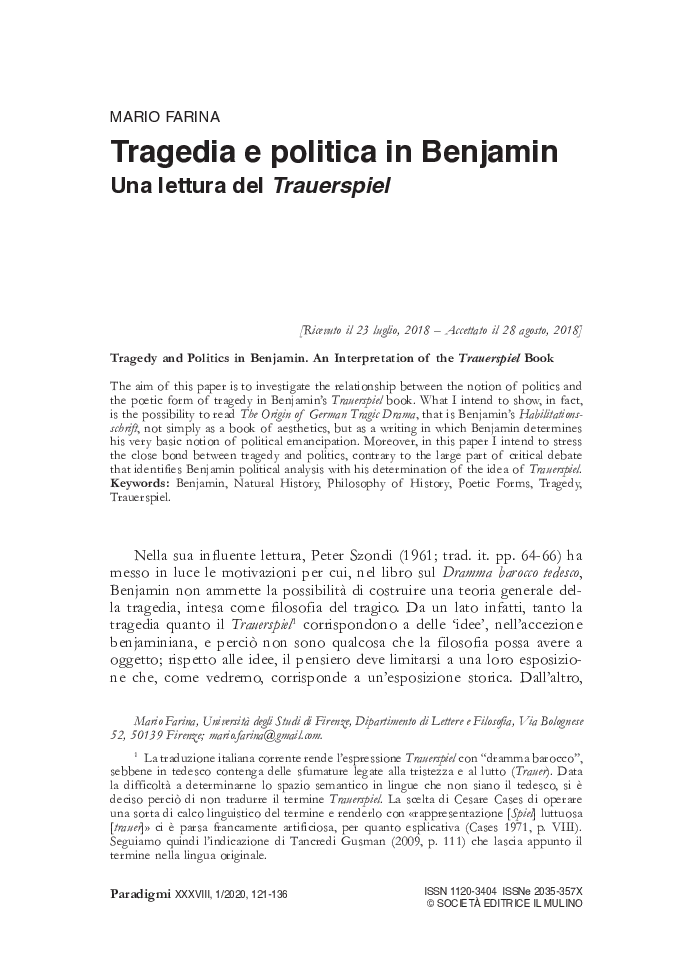