The paper aims to retrace the genealogy of the notion of involuntary memory in nineteenth- century philosophy, by pointing out its relationship with the concept of habit. During the 1850s, some spiritualist thinkers (Joseph Tissot, Antoine Gratacap, Albert Lemoine, Paul Janet) acknowledged the presence of a form of habit within some workings of the memory. In their views, this form of habit, showing a tight connection with corporeal habits because of its spontaneous and unconscious activity, demonstrated the essential unity of body and soul. 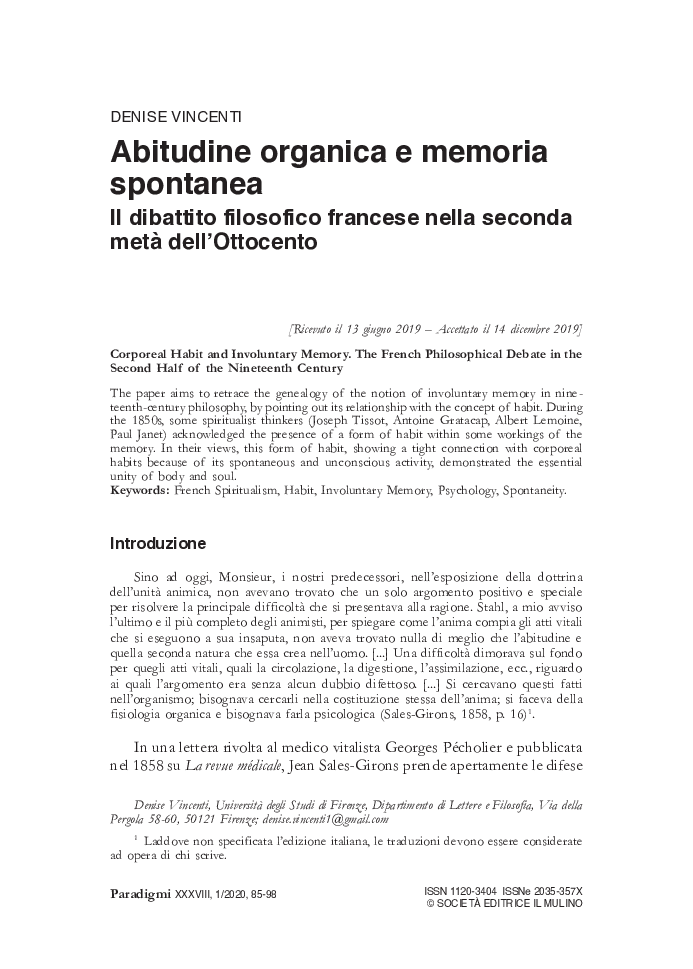