The model of Locke’s naturalization of the mind presented in the Essay concerning Human Understanding involves three different positions that can be seen as inconsistent: corpuscularianism, essentialism, and ‘superaddition’. Regardless of whether Locke’s account of matter is corpuscularian or essentialist, there is no scientific explanation for the phenomenon of thought (just as for cohesion and gravity). However, a passage of the Essay suggests that essence – which is not explicitly material – can also account for these phenomena. The present contribution proposes to face the dilemma between Locke’s inconsistent commitments in the light of his theory of habit and disposition. 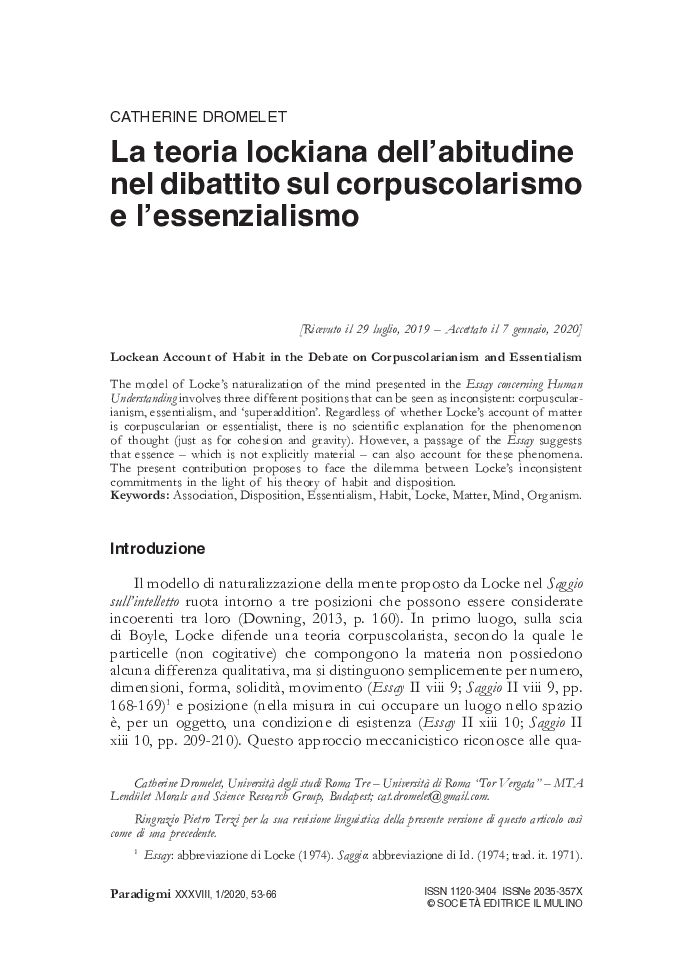