In the Nicomachean Ethics Aristotle argues that habit becomes like nature. The possibility of ascribing an account of ‘second nature’ to Aristotle is thus widely debated. The aim of the paper is hence to show that character resembles nature in some respects while acknowledging an irreducible gap between the two. Thus, an overview of the notions of habit and nature is offered; it will also be shown that habits, once acquired, come close to natural process uni-directionality. Furthermore, for character is said to be as difficult to change as nature itself, an account of habits’ resistance to be changed is provided. 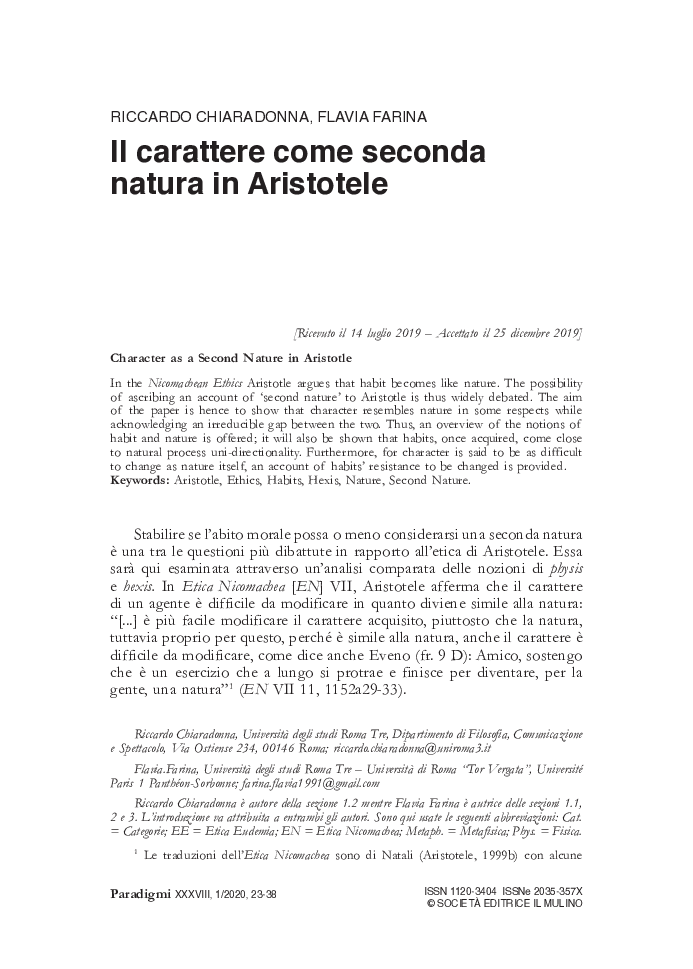