It is often claimed that epistemic bubbles and echo chambers foster post-truth by filtering our access to information and manipulating our epistemic attitude. In this paper, I try to add a further level of analysis by adding the issue of belief formation. Building on cognitive psychology work, I argue for a dual-system theory according to which beliefs derive from a default system and a critical system. One produces beliefs in a quasi-automatic, effortless way, the other in a slow, effortful way. I also argue that digital socio-epistemic environments tend to inculcate disvalues in their agent’s epistemic identity, a process that causes the cognitive short-circuits typical of conspiracy theories 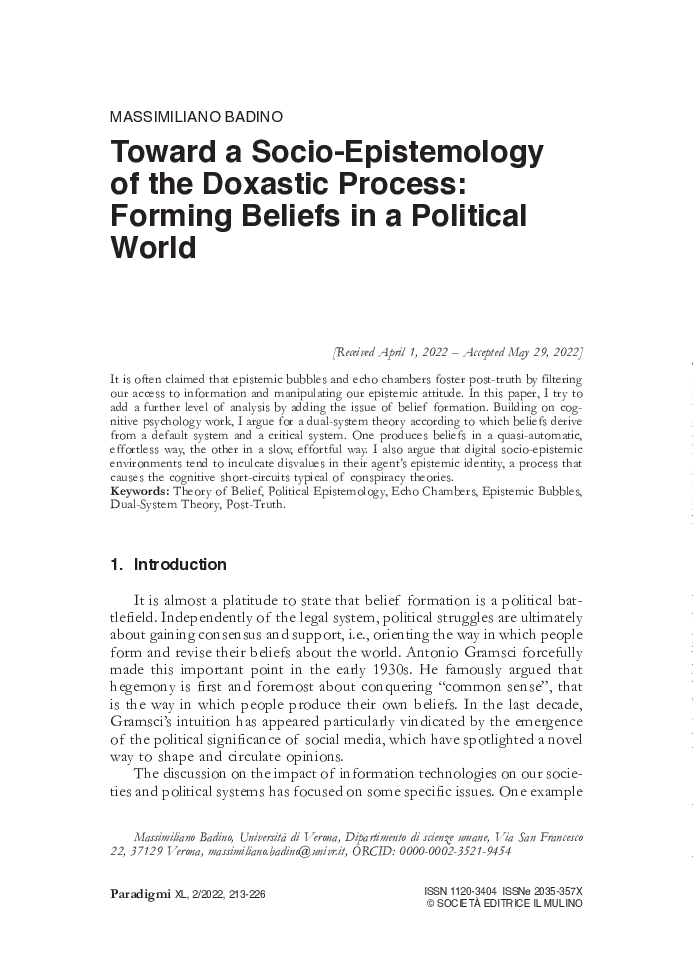