Husserl’s transcendental idealism and its ontological claim lead to questioning the limits of phenomenality, as he conceives it, in close relation with intentionality. This determination of phenomenality through conscious intentional activity establishes a direct link between phenomenology and the experience of self consciousness. Hence the crucial problem posed by the empirical limits of consciousness. In particular, the late analyses of Husserl’s cope with the “limit-problemsµ of phenomenology – death, birth, collapse, sleep. This study examines the phenomenological basis and limits of Husserl’s position concerning the ontological content and meaning of death, when death is approached under its most radical and enigmatical form: ‘my own’ death. 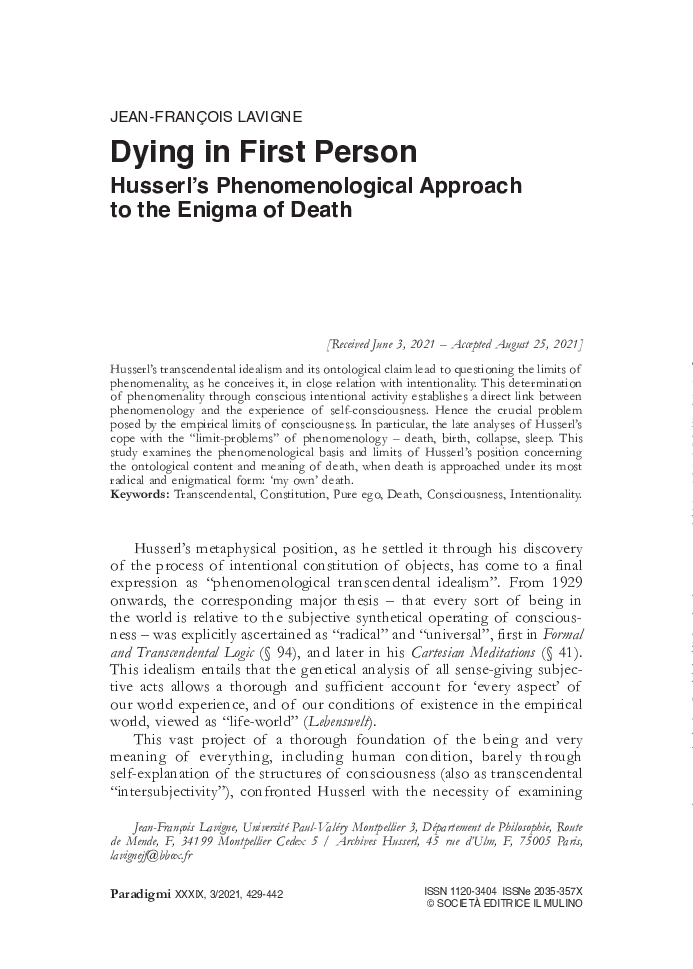