As known, in the concluding section of Book II of the Republic, Plato criticizes the traditional mythology and provides an answer that aims to represent a philosophical corrective. This answer indicates the parameters to which the mythopoietic activity in the civic horizon of the καλλίπολις must conform. The aim of this paper is to demonstrate that the criticism of traditional poetry and the proposal of these parameters, the so-called τύποι περὶ θεολογίας (Resp. 379a5), is linked with the metaphysical conception, and in particular with the conception of Good. In fact, Plato assigns to the gods two of the main aspects that define the nature of the Good, i.e. the goodness and the inalterability 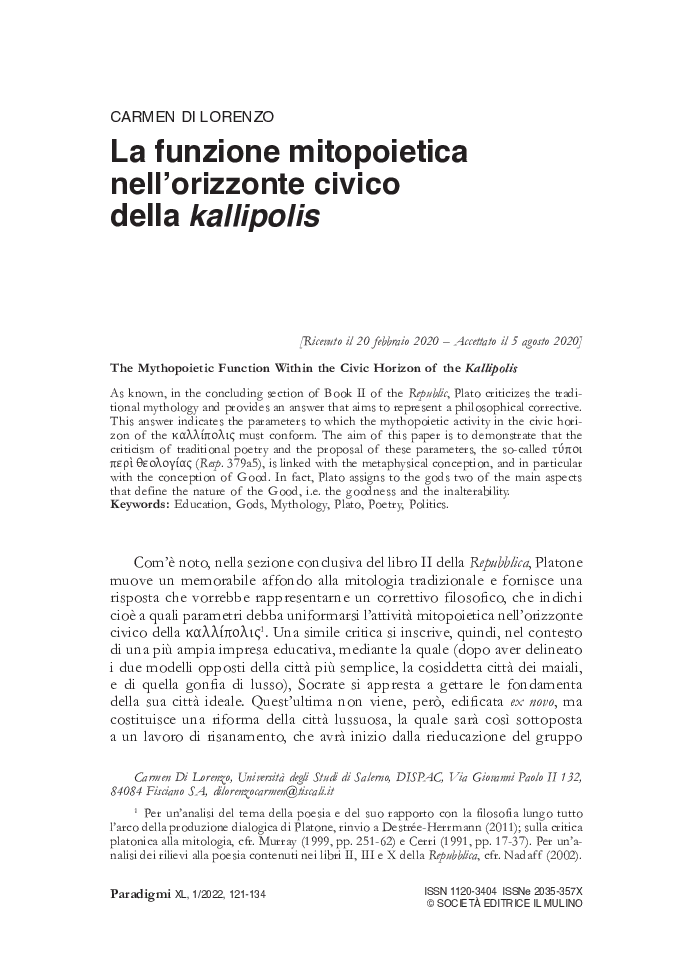