The notion of causality is a debated topic in the biological, psychological, and sociological disciplines. The studies on William James have almost ignored this aspect. However, it is possible to find some interesting observations on causality already in his Principles of Psychology, developed later on a metaphysical level both in some articles of the early twentieth century and, more systematically, in A Pluralistic Universe and Some Problems of Philosophy, respectively the last published and unpublished work of the American philosopher. The analysis of the Jamesian conception of causality allows a better understanding of the complexity and interdisciplinarity of his epistemological and metaphysical thinking, which has inspired many authors, including Wittgenstein. It also provides an insight into the debate on causality at the beginning of the 20th century 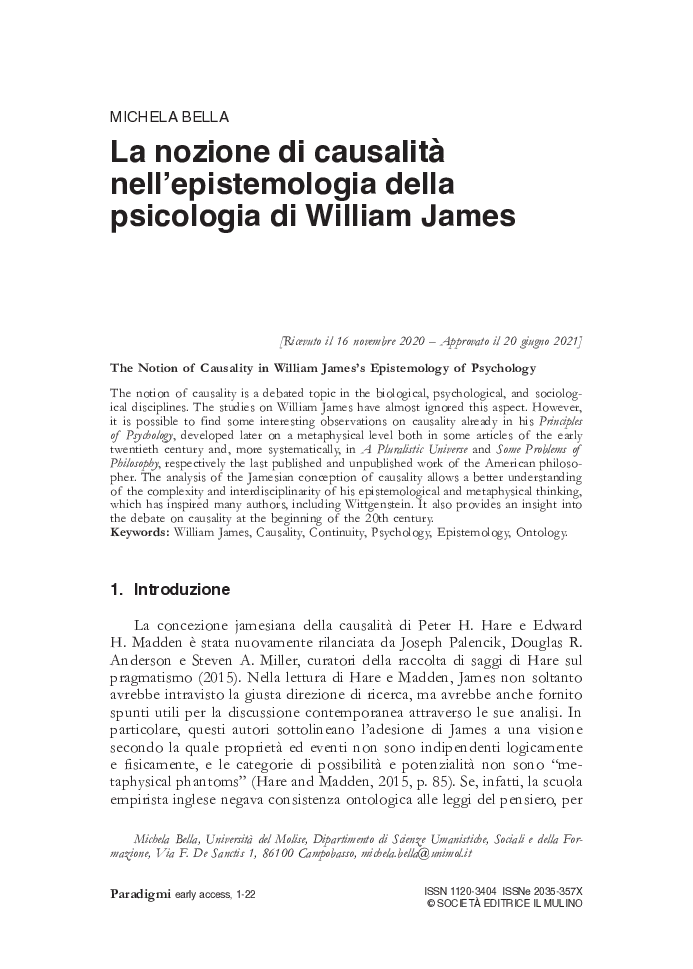