In recent years there has been considerable debate over the metaphysics of human race, but little attention has been given to its implications on the question of the causal relevance of race, arguably because such implications are considered self-evident. This paper shows that, on the contrary, they are far from being transparent. First, it argues that embracing biological realism about race is neither a necessary nor a sufficient condition for maintaining that race is causally relevant to the instantiation of some biological properties in an individual or in a group, and to consequent emergence of some biological differences between individuals or groups. Second, it argues that social realism alone – at least in societies which are not fully racism-free – can account for race to be causally relevant to the instantiation of biological traits that can even be biologically transmitted to offspring 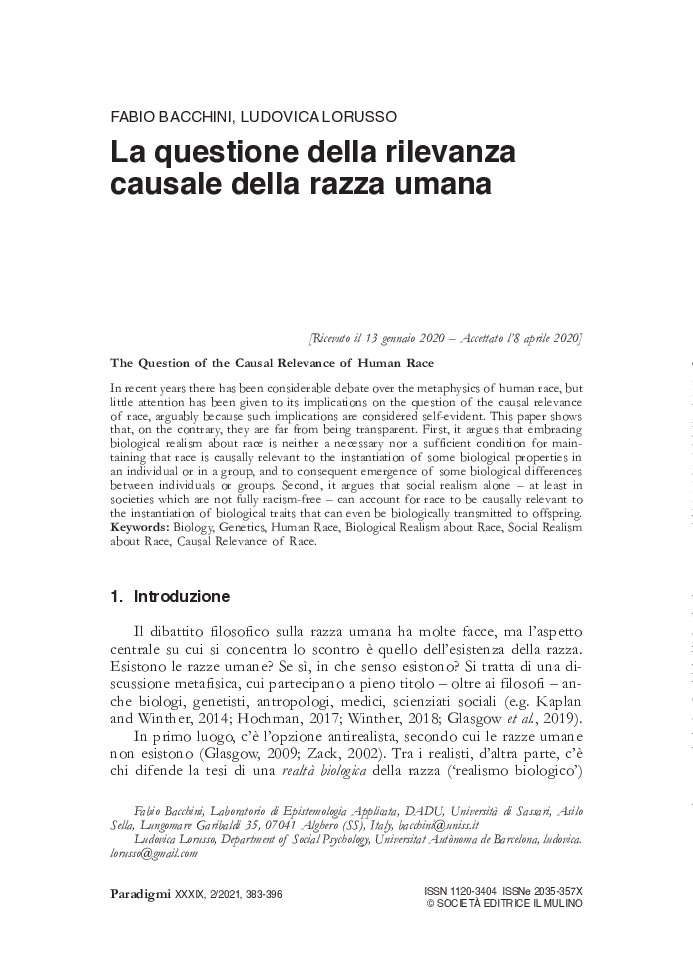