Meinong’s object theory aims to be a science of the greatest generality and extension, more than metaphysics itself which, defined by Meinong as the science of the totality of reality, would have excluded from its treatment large classes of objects, namely all those that fall within the sphere of non-real. However, from an examination of the science of being qua being and of the notions of being, non-being and object, it emerges that Aristotle’s metaphysics does not correspond to the definition of metaphysics proposed by Meinong. Object theory turns out to be a new discipline not so much for the objects investigated and hitherto neglected, as for the existence-free (daseinsfrei) method of treatment which is necessary to treat all objects, regardless of their existence or not. 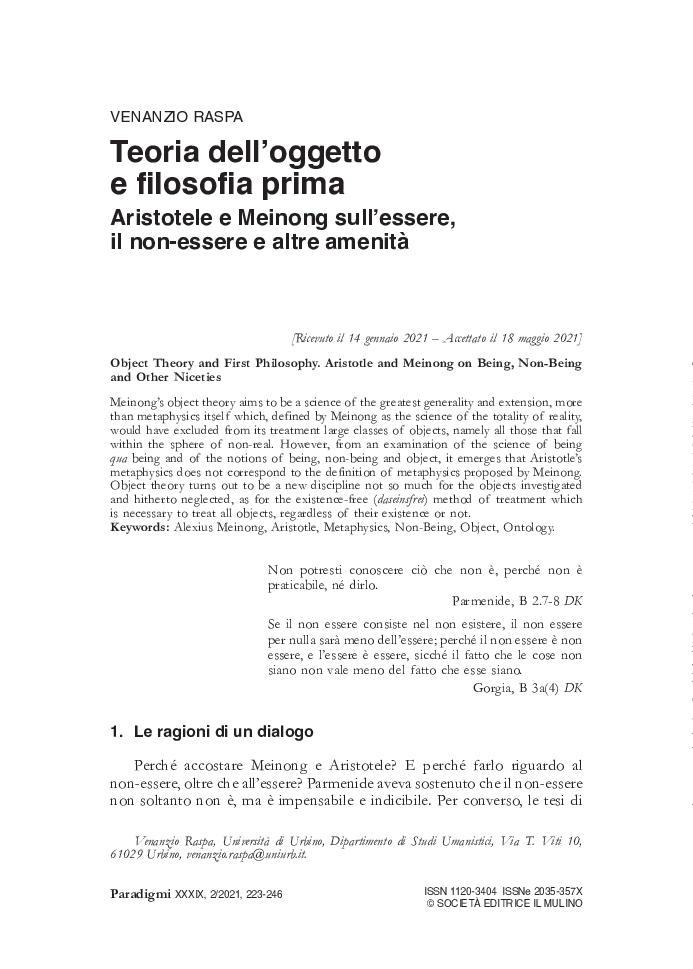