The essay offers an interpretation of Barnett Newman’s work, reconsidered starting by the relationship between immanence and transcendence, i.e. between formal elements and reference to the Other. The essay starts from a focus on notions such as “auraµ, “sublimeµ, and “apparitionµ, and it shows how the abstraction practiced by Newman redefines the sense of “religionµ and mystic dimension in the modern age. In this perspective, through Adorno’s thought about “modern artµ, the rethinking of the relationship between autonomy and non-autonomy, or between self-referentiality and hetero-referentiality, plays a decisive role. Representing the pure absence of reality, in its sensitive determination Newman’s painting continues to speak about something that is “more than paintingµ. 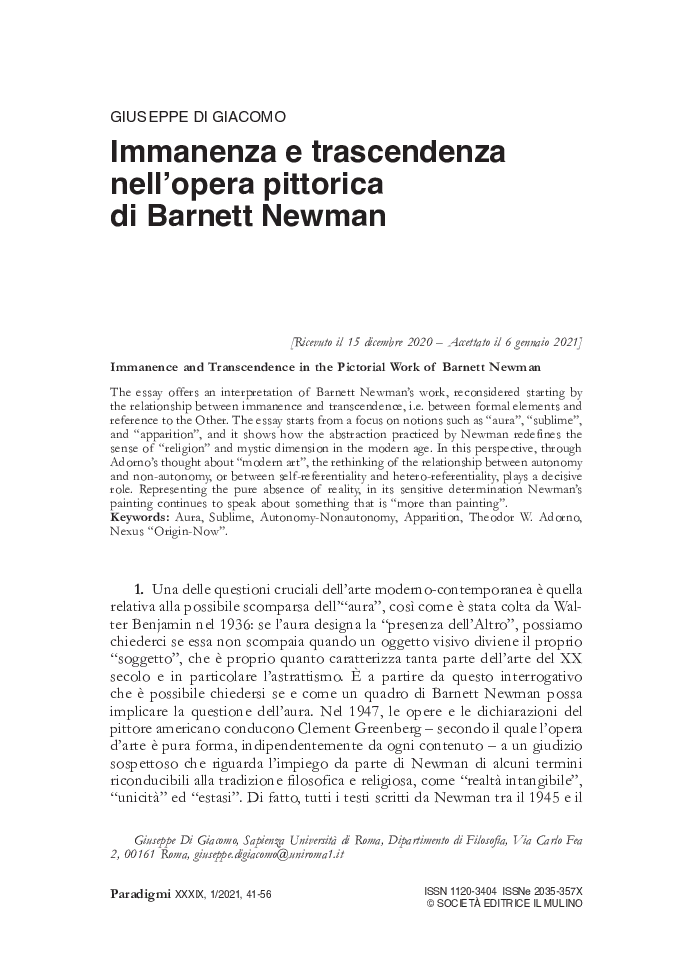