In this interview, Craig Calhoun retraces his peculiar trajectory that, from his first interests in realist cinema and anthropology, brought him to become one of the most original contemporary public sociologists. Realist cinema and the art of documentary are not simple occasional curiosities or forms of escapes, but a way to observe and analyze reality common to the sociological gaze. He therefore discusses the aspects of this multidisciplinary education between Columbia, Manchester and Oxford. Supervised by the British social anthropologist Max Gluckman, his sociological path mixes the Western Marxist debate of the 1970s, Continental social thinkers and Pierre Bourdieu's sociology in new empirical inquiries on a variety of objects and fields like social movements, intellectuals, knowledge, power and the public sphere. In the final part, he identifies the requirements for a contemporary critical sociology that, avoiding to be reduced to an abstract theorizing or a new academic specialization, can fulfill its role of scientific discipline and public utility. 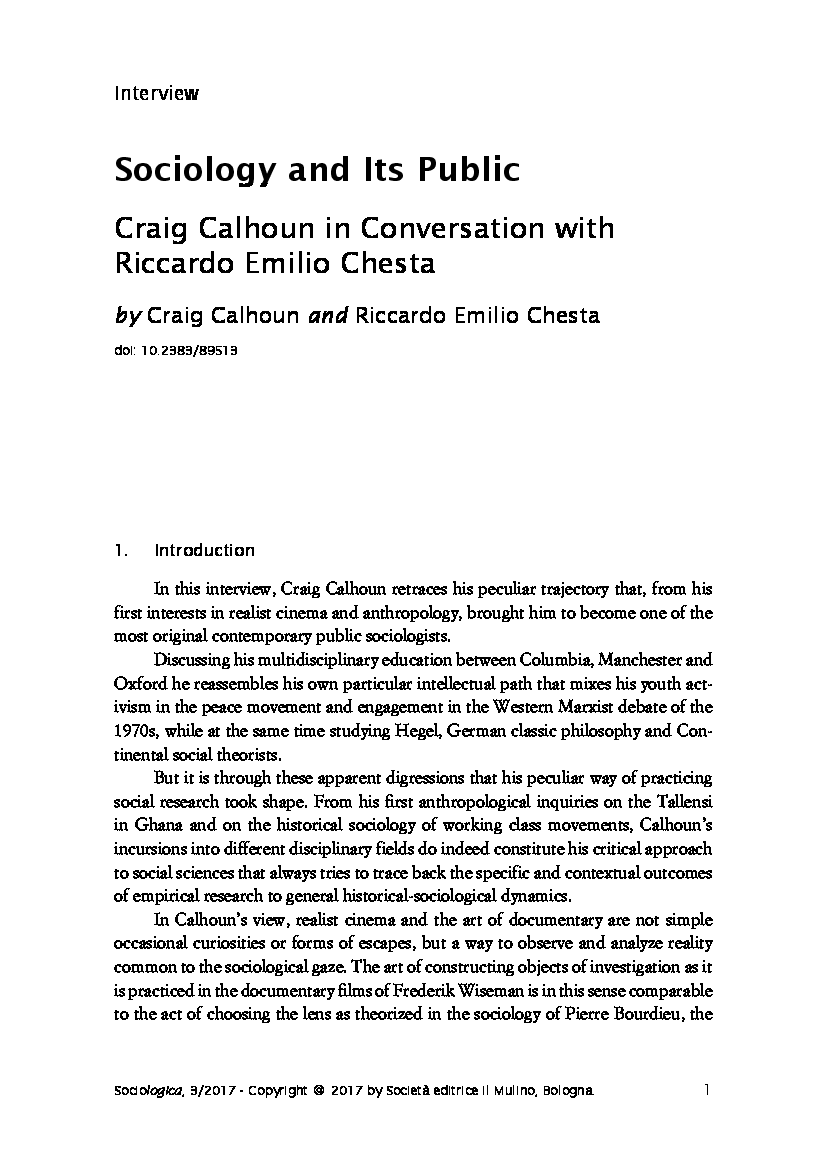