R.K. Merton's correspondence is a large one (it addresses nearly 650 scholars throughout the world, whose letters run from 1930 to 2003). This article focuses on a single unit, the one between Merton and the Italian statistician, demographer and sociologist Gini, from 1936 to 1940. The interest of this correspondence is double. First, it sheds light on the early period of Merton's scholarly life, before his move to Columbia (from 1941 onward) and the starting of his collaboration with Paul Lazarsfeld at the Bureau of Applied Social Research. Second, it testifies to an intellectual relationship - if not friendship - subsequently acknowledged by Merton himself as meaningful for his formation and as a source for his own thinking. The fact that, as a young scholar, Merton worked as a teaching assistant to Gini while the latter was visiting professor at Harvard (1936) is not a novelty. However, nobody has devoted any attention to what this relationship concretely was, how it developed and under which circumstances it worked. The article has therefore two objectives. The first one pertains to intellectual history and it aims to fill a gap in current knowledge of Merton's relationship to Gini. The second objective pertains to the sociology of sociology, or better the historical sociology of the social sciences, and it focuses on this unit of communication seeing it as a partially missed opportunity, or a failed encounter - this time between two national disciplinary cultures, i.e. Italian and early American sociology. What emerges from the Gini-Merton correspondence is a case of (unexpected) academic friendship that fails to evolve into a productive collaborative relationship [Farrell 2001], or a case of an opportunity of exchange between two individuals that fails to evolve in collaboration and circulation between two national disciplinary cultures and communities. 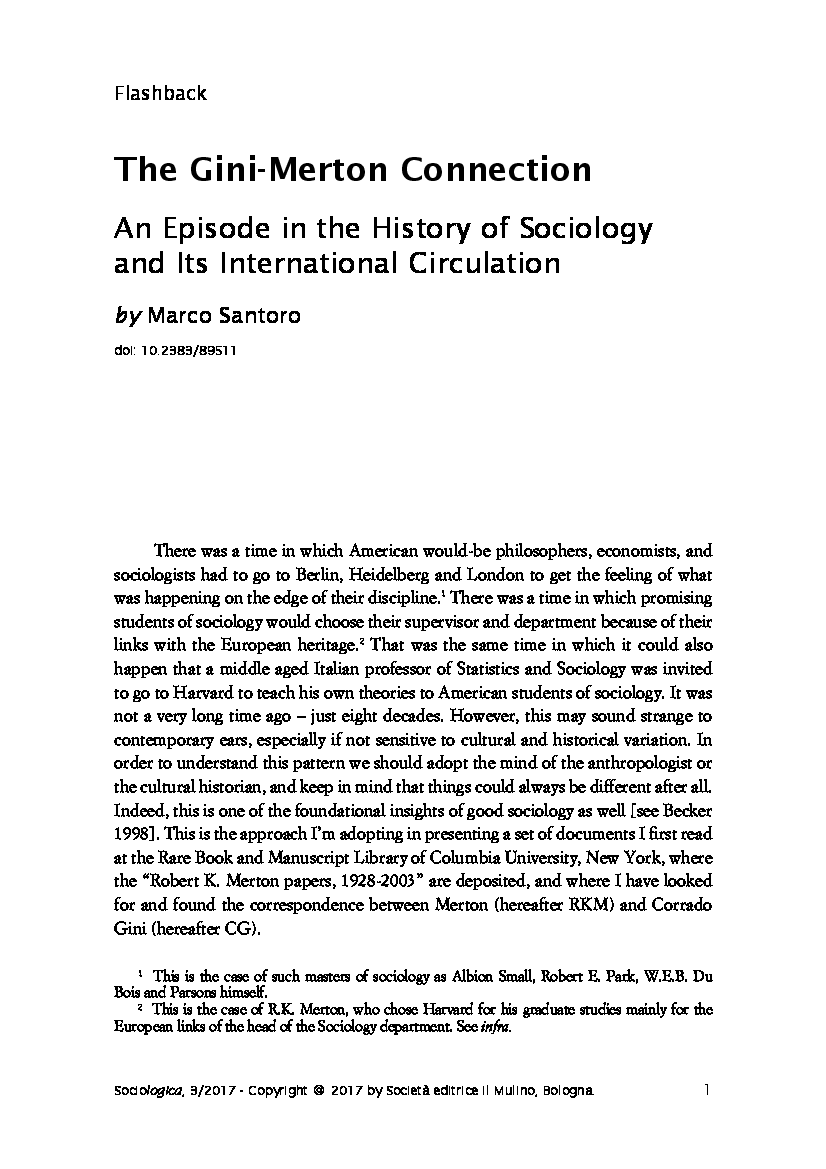