Rational-choice explanations of institutional change are generally considered the prototype of the individualistic research programme. The first aim of this essay is to demonstrate that this claim is not warranted. It is not so if the phenomena to be explained are defined from the external point of view of social efficiency: in this case, individualism is transformed into functionalism and the notions of its toolbox are turned into elements of an objective teleology. When considered from the point of view of the individuals involved in their construction, institutions can be conceived as repeated cooperation schemes devised by some of these individuals (the proposers) as the best means to tackle the mutual dependences in which they find themselves and achieve some of their goals, and adopted in mutual agreement with their counterparts (the receivers) because convenient for them too, given their own particular interests. The second aim of the essay is to develop a bargaining model based upon this idea. The proposed model shows, among other things, that when bargaining concerns the adoption of repeated cooperation schemes (i.e. of institutions, according to my definition), it is in the interest of the proposers to get to correct (or so considered) beliefs and to communicate them to the counterpart sincerely. Moreover, when bargaining consists in choosing one scheme among others, it is possible that some will agree to it despite the fact that they are not better-off with respect to the initial situation. The third aim of the essay is to show that the model proposed can highlight the process that has led to adopt important institutions such as the European Monetary System. 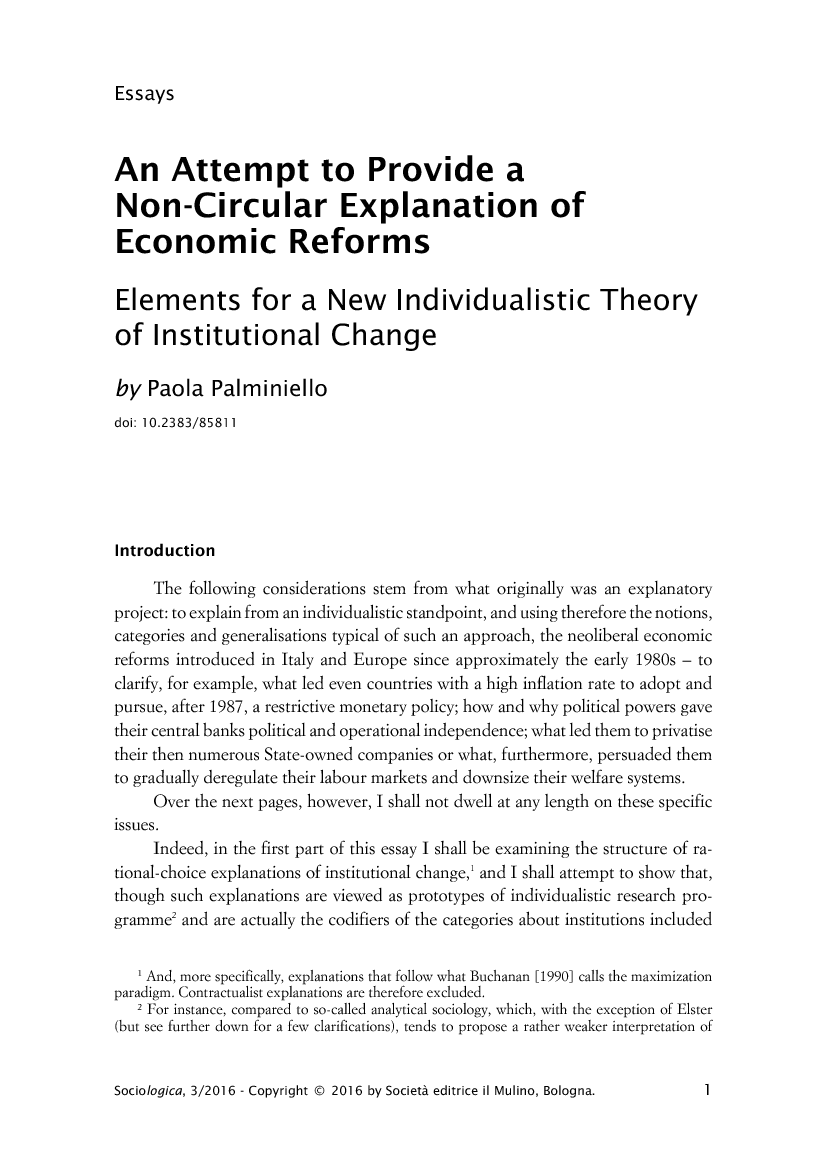