The paper investigates Catherine Hakim's theory on men's need to control women's sexuality. It first criticizes Hakim's choice to recuperate the term "patriarchy" at the expense of 1990s and 2000s notions such as "gender regime" and "gender system". It argues that these terms are more fruitful in adopting an intersectional approach toward gender inequalities and power relations. Second, it criticizes Hakim's account of Marxist and second wave feminist theories on male domination by highlighting their complexity and internal variety. Third, and most importantly, it argues that Hakim retrieves a pre-social and biological conception of sexual drive which has been strongly criticized over the last fifty years by constructivist approaches in the sociology of sexuality. These critiques put Hakim's theory into serious question, since that, if desire can be connected to society, and society is marked by men's domination, then desire can not be at the origin of patriarchy: rather, it could be an effect of it. 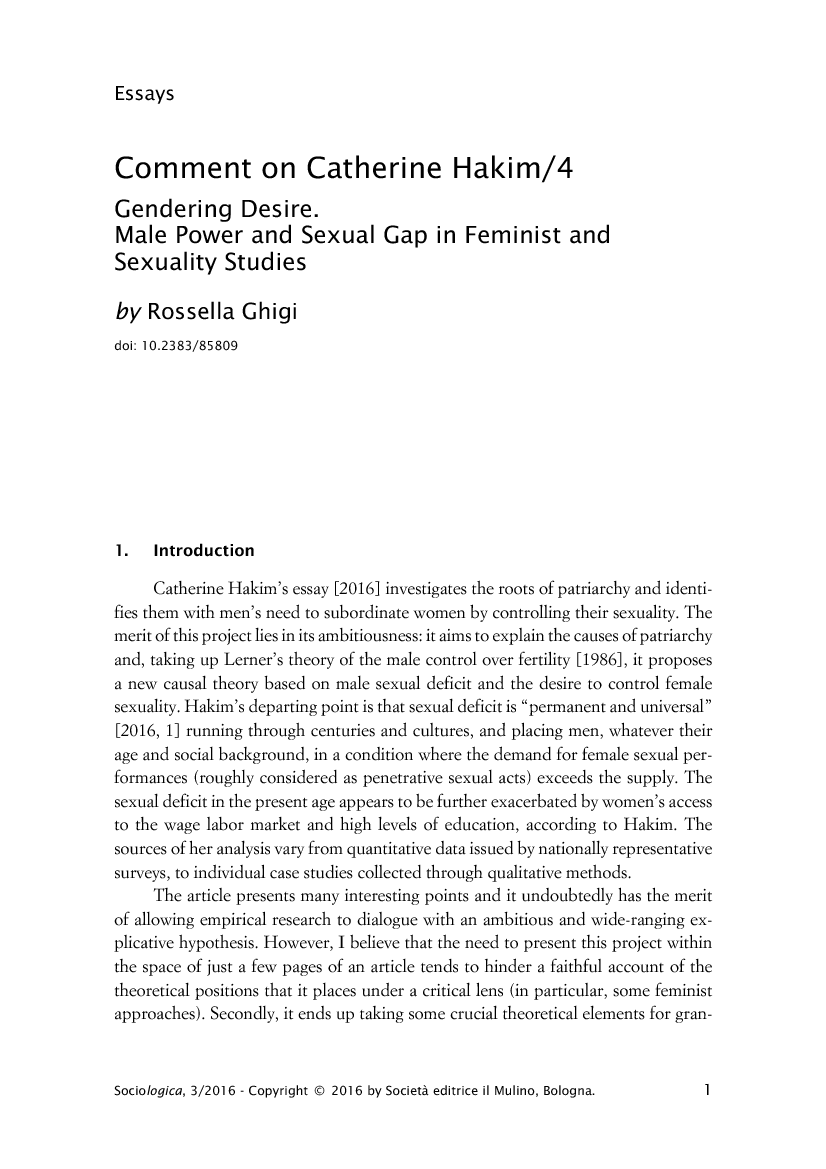