In this review of Hakim's essay, I highlight that in proposing sexual deficit as the root of patriarchy, she foolishly enters the same tautological trap that other feminists of gender scholarship commit: believing that she can, without evidence of causation, attribute men as the sole harbingers of a wilful and contemptuous plot to subordinate all women. I detail the numerous, heterosexist and sex-negative faults with her thinking, highlighting that she offers no proof that it is the sexual deficit which leads to patriarchy, and point out areas that she conveniently ignores, like women's own self-oppressive behaviours (i.e. voting for Trump) and monogamism. However, despite her un-scientific proselytising, Hakim does deserve credit for acknowledging that biology is also at play with gender - something that will find her pilloried by many gender scholars - and that sociologists are ill-equipped to understand this. 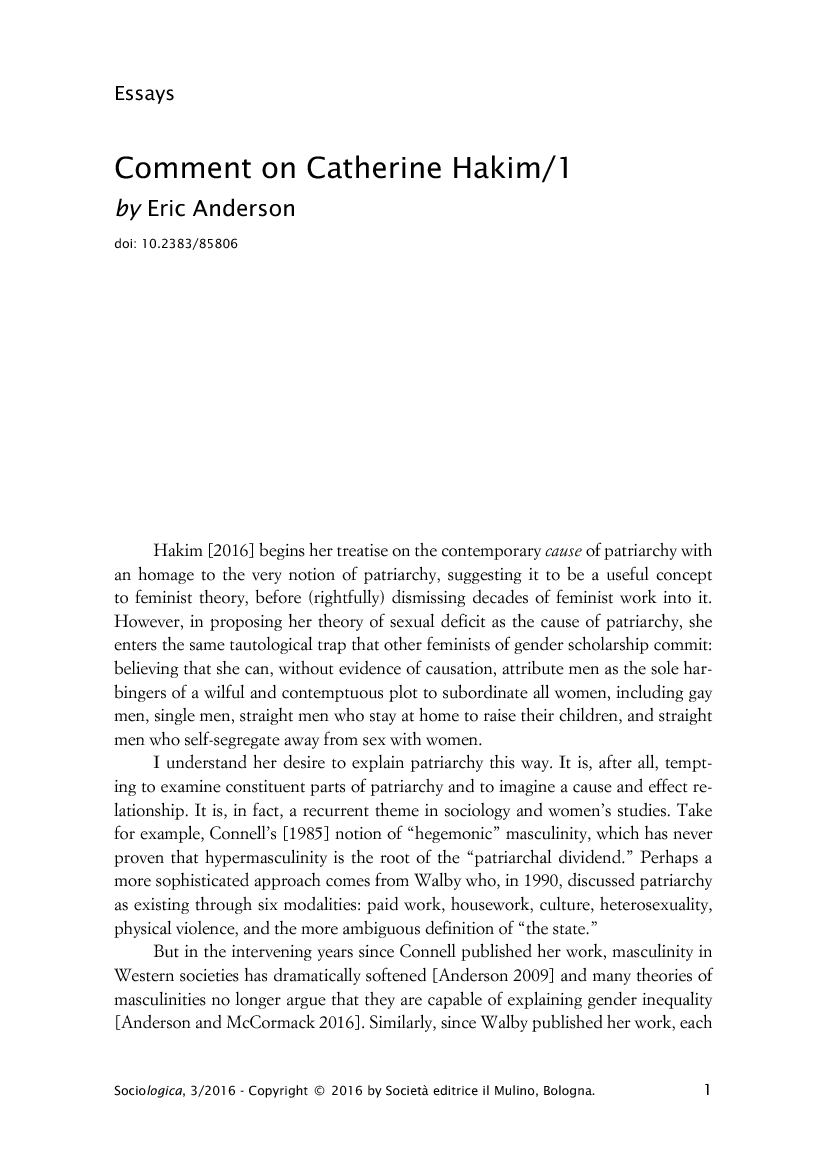