The new forms of communication facilitated by the IT revolution have provided followers of various interpretations of Islam to participate in the newly opened public spheres. More and more Muslims find it possible to choose among these competing authorities and to select a suitable fatwa, to solve problems of everyday life and to smooth adjustments to living in the new environments. IT revolution is empowering a variety of new claimants to religious authority who aspire to state-sponsored traditional authorities. In spite of those changes, the role of the State and its institutions continues to dominate the field. The State, in Muslim countries, is able of mobilizing capacities to maintain its control over the public spheres in general. The success of any new competent fatwa authority and its ability to engage in an equitable competition with state-sponsored fatwa outlets are far from certain. Fringe and/or counter public spheres, including those opened up by the new forms of communication, can trigger a diversity harsh responses by the State. Even, in countries of migration, I suggest, these responses may include diverse ways of discrediting challengers to co-opting them. 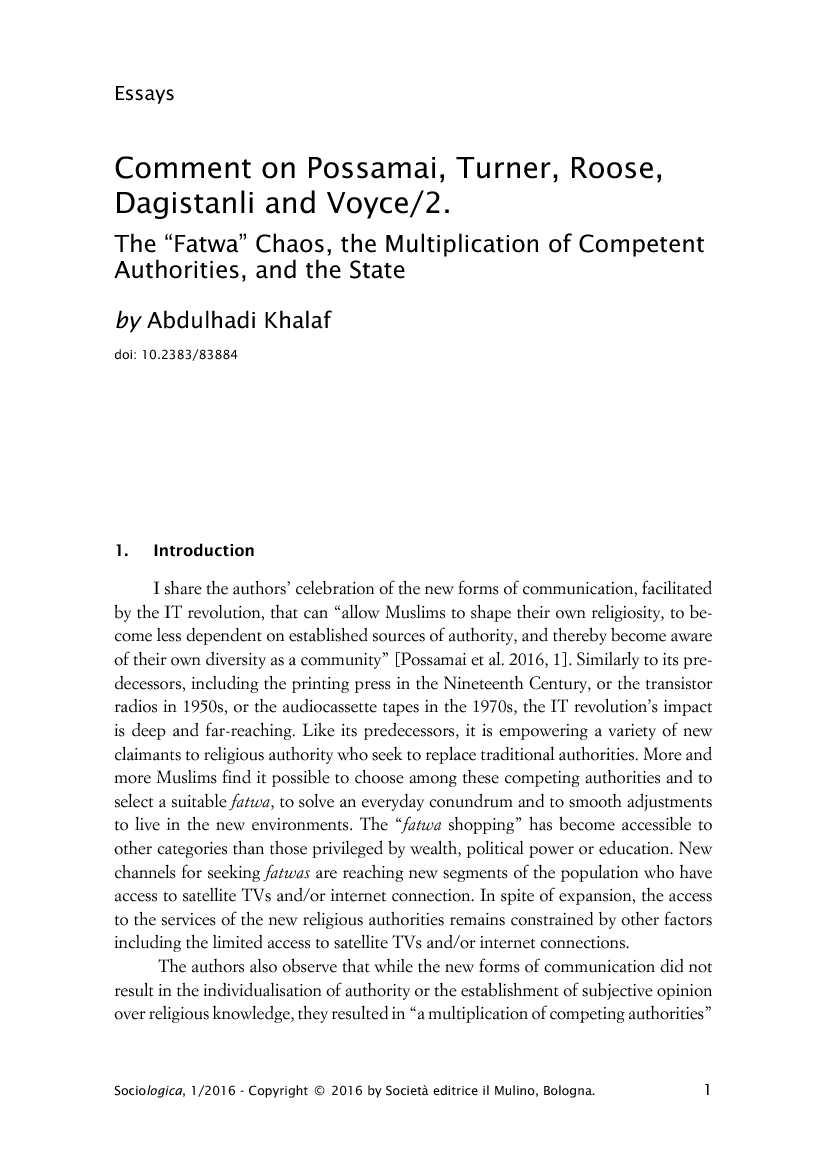