Drawing on an example of "captive audience position" (situations in which we are somehow forcedly put in the position "to audience" a media spectacle), the paper addresses the methodological shortfalls of the phenomenological conceptualization of space by and large adopted by current Urban Media Studies to address media engagement in urban space. The space/place distinction, that represents the linchpin of the phenomenological approach, risks in fact to hinder scholars to account for the complex and multilayered relationship of mutual shaping between space and urban practices and routines, media-related or not. In particular, that distinction would underplay how practices reshape the materiality and structure of space though time; how space is in turn designed to host, promote and organize specific activities (and discourage others); and how, in a forcedly shared public space, each practice would open (or close) possibilities for other practices. As a way to circumvent these limitations, the proposal put forward is to extend the phenomenological conceptualization of space into a fully fledged relational one, that sees space as continuously constituted by a complex interaction between heterogeneous elements: material, symbolic and performative. 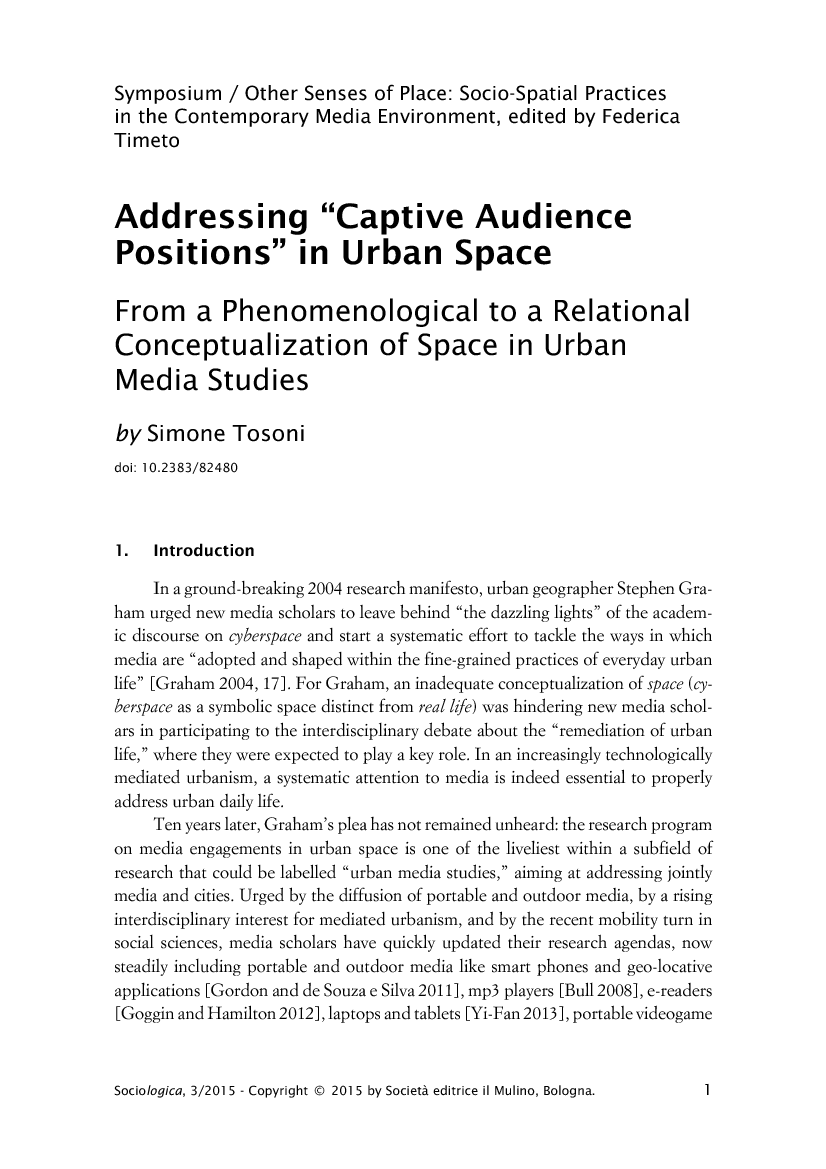