The current political, economic, social and cultural changes are centred on the ambivalence between two poles: a regressive-oligarchic and a participative-mobilizing one. Between these two poles there are both complementarity and tensions. They are at the same time strictly connected, necessary to each other, and opposed. These two directions of social change and the relationships between them constitute a structure - intended as a social totality involving all social subsystems - that re-shapes the forms of collective actions, the discourses and organizational practises of social movements, the relationship between movements, electoral competition and parties, and the political field itself. This structure constitutes an opportunity structure for social movements and for the emergence of the party-movement as the form in which left-wing parties are re-defining themselves. Moreover, it consists of a series of social processes that have rendered scarcely effective theoretical paradigms such as the Political Opportunity Structure, the Resource Mobilization Theory, and the whole structural mobilization factors paradigm, as it modifies and re-shapes all the constitutive elements of this paradigms, as well as the relationship between these elements. 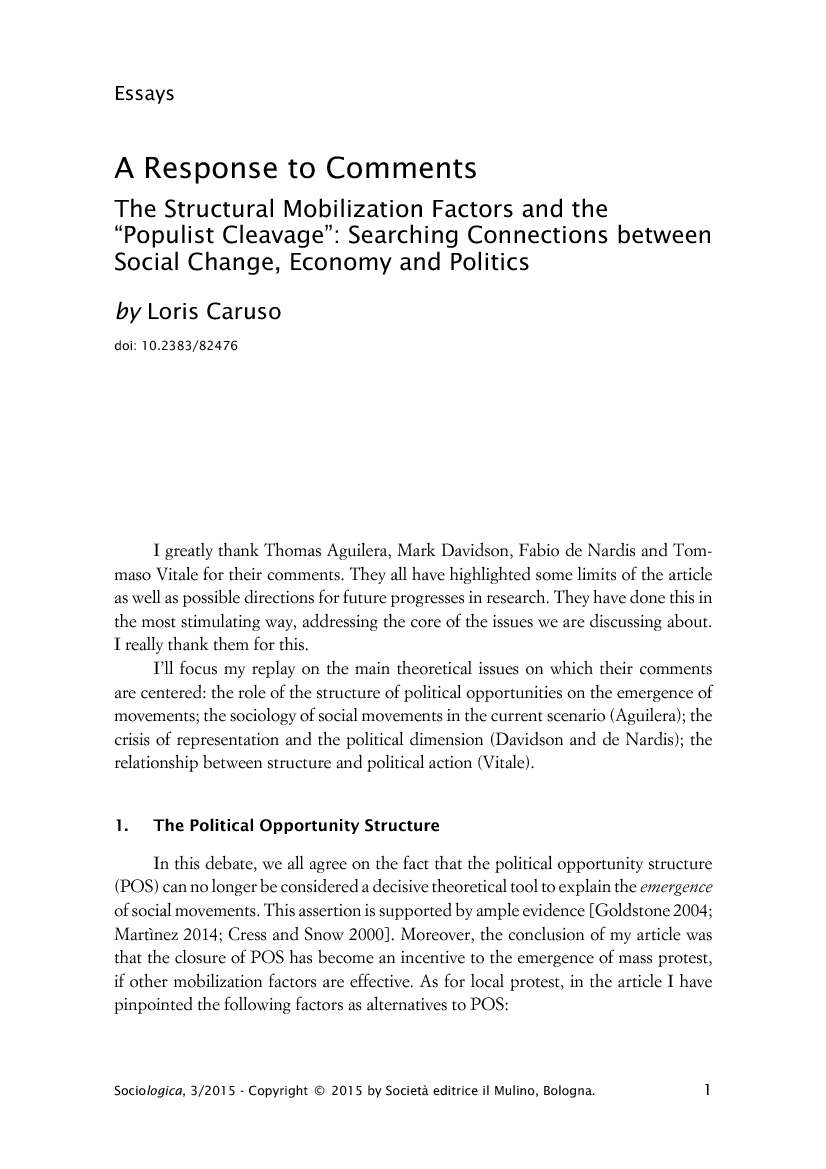