Starting from Caruso's attempt to criticize the utility of the Political Opportunity Structures approach to the study of local mobilizations, in this paper we try to contextualize the discourse on the relationship between social movements and political institutions and actors within the broader phenomenon of the de-politicization of politics. With this concept we mean a set of changes in the ways power is exercised. These modes downgrade the political nature of decision-making and, through representation, give legitimacy to actors apparently less able to bear witness to the presence of the "political." In particular we focus on the various ways through which de-politicization has been consolidated. In the European context, a "government," a "discourse," and a "social" de-politicization have, for example, been observed. If the political decisions are determined by extra-political actors, the target of social movements also moves elsewhere, since the goal of social movements is still to influence the decision-making process. Political parties of the depoliticized politics are no longer promoters of policies, but rather translators of decisions taken outside the bodies of political representation. This condition makes them impervious to social issues and a good relationship between parties and movements become very difficult. In these context is normal that the basis on with POS approach has been elaborated are also changed. 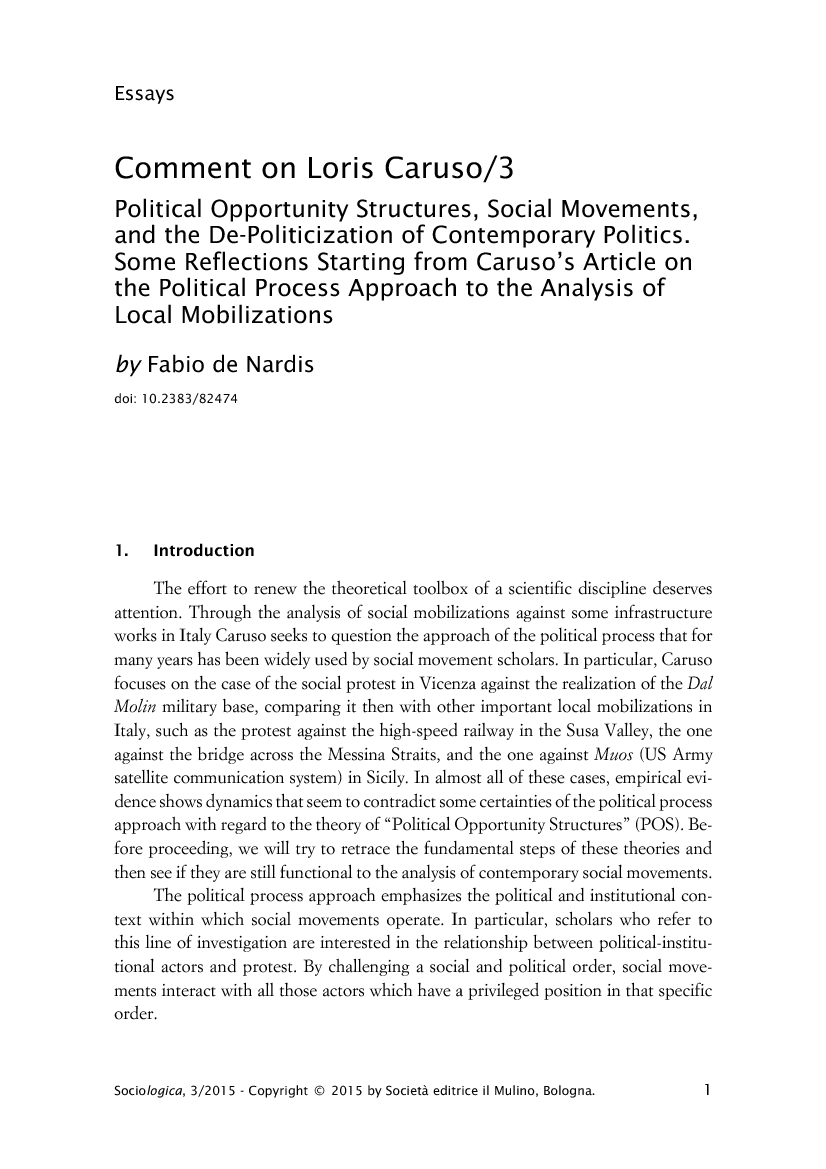