Not noticed by politics and research, immigration has increased in rural areas in Germany in the past decades, which puts forward questions of the integration of immigrants in small towns. This study reviews the current state of urban research on the given subject and puts the urban phenomenon of segregation in the context of small towns using case studies in Germany. The analysis employs a qualitative research approach to investigate the reality of ethnic segregation in small towns by illustrating the local conditions and tendencies of segregation, its causes, characteristics, and its perception by different groups within the town's society. The investigation of these topics is intended to provide a clear understanding of the primary argument of this research, namely that there is strong evidence for ethnic segregation in small towns, but the process seems to express itself in a different dimension in comparison to big cities. The appearance and on-going development of segregation are not only determined by macro-social factors and trends, but rather substantially affected by local practices, political decisions and also by the perceptions and views of the small town society. This intense scrutiny of segregated areas produces a stigmatization of neighbourhoods and their residents, xenophobic attitudes and neighbourhood conflicts, which highly influence the quality of segregation and the integration process of immigrants. Finally, this paper proposes the necessity of setting different patterns for the research of the subject in small towns in order to understand the complexity of segregation development in small towns, which is highly affected by particular processes of stigmatization. 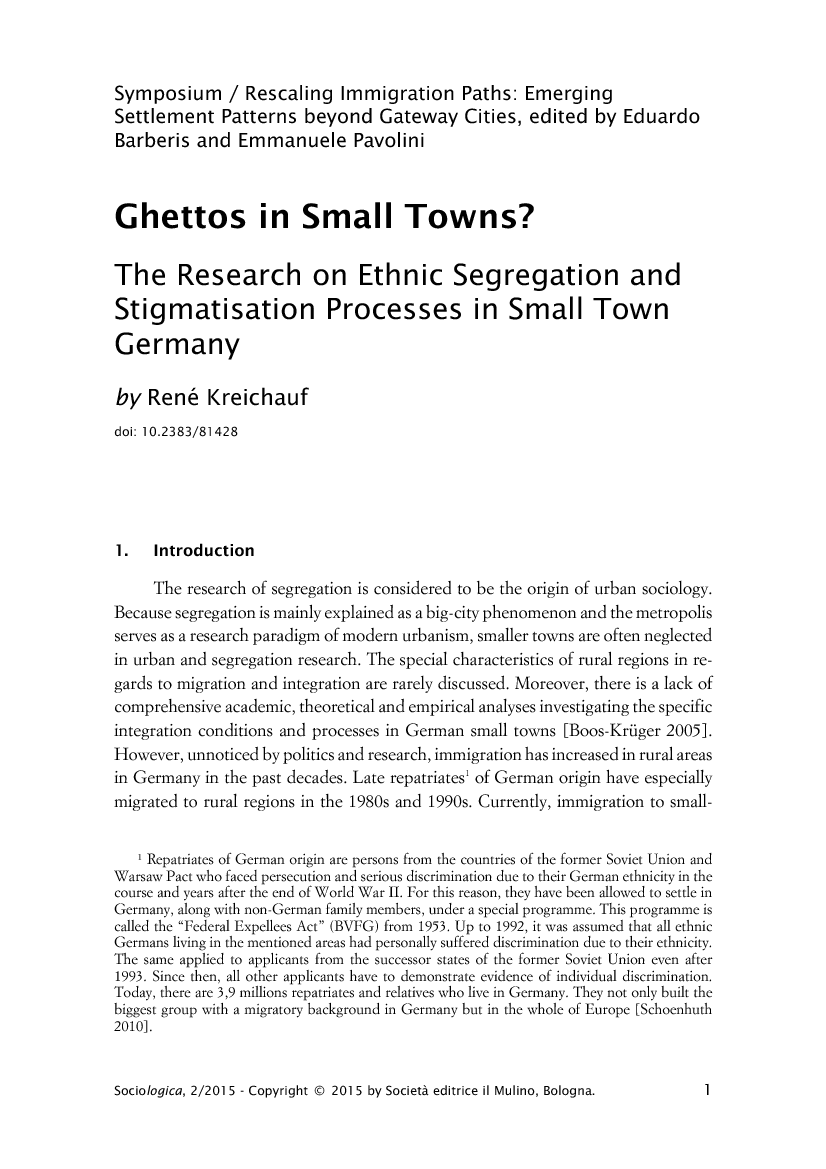