Statistical analysis by Sarti shows that the correlation between height and the level of education is stronger among men of older generations than among recent ones. Is education among men becoming more egalitarian? That would be true if height had the same social meaning at each generation. Since the Second World War, the average height increases by one centimeter every ten years among men in Western Europe; but the distribution of heights among generations is stable. Among tall men, the proportion of individuals coming from the working class families is increasing and among the short men, it is the proportion of individuals coming from middle and upper class families. Height is less and less an information about the family of origin. When all individuals reach their genetic potentiality, height takes a new meaning for important decision making processes. Short men are in greater danger of being discriminated against in education and in job market but also in mate selection. When shared, beliefs are cultural constraints. As a nexus of cultural forces, height contributes to social inequalities among men. 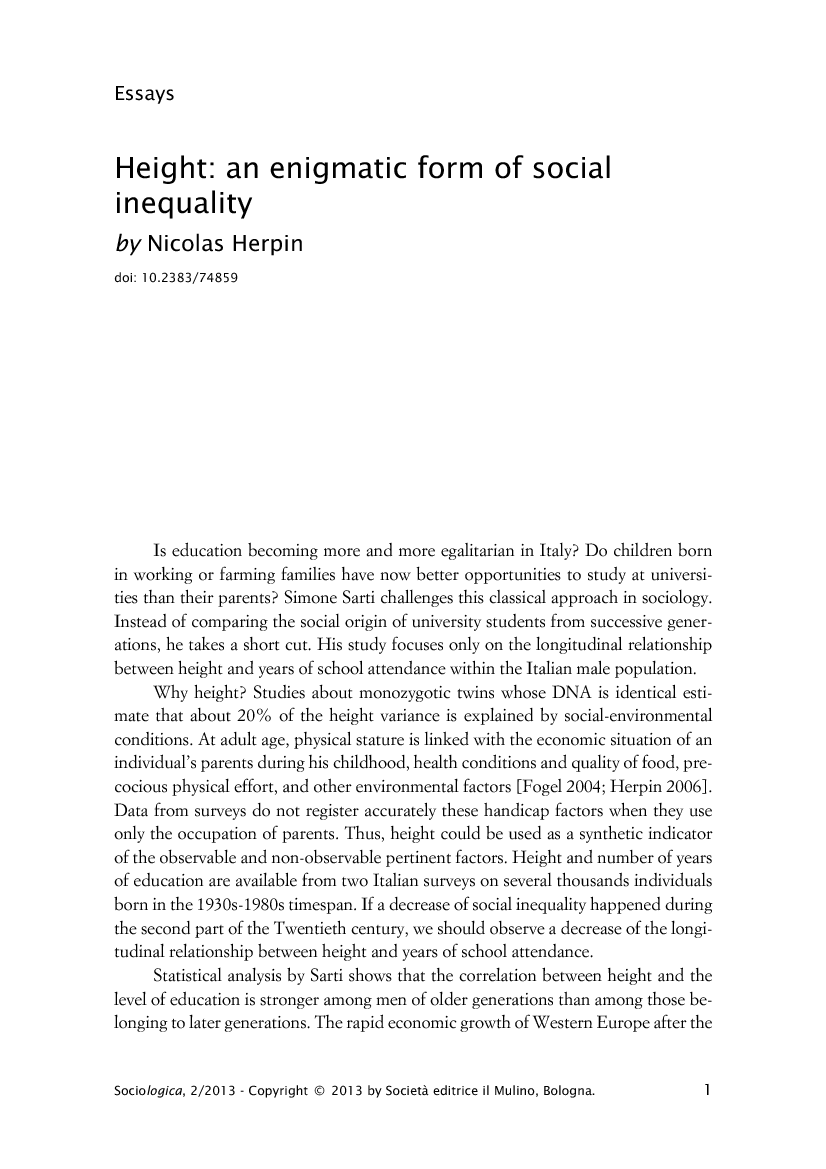