This study focuses on the longitudinal relationship between height and years of school attendance, considering this association to be a measure of social inequality within the Italian population. In this regard, if we think that social inequalities in education have been progressively decreasing, we should expect this relation to attenuate. To test this hypothesis, we use data gathered from ISTAT "Multiscopo" and "Condizioni di Salute e Ricorso ai Servizi Sanitari" 1994, 1999, 2001-2007 and 2009-2010 surveys (we consider about 460 thousand individuals born from the 1930s to the 1980s). Hierarchical linear regression models applied in the analysis show an important increase in the education levels and the average height of the Italian population, and a slight decrease in the relationship between height and years of school attendance for males born in the 1950s and 1960s but substantial stability in the following years. The decrease is less marked for women. The findings add evidence of a partial attenuation of social inequalities in the post-war period, but their persistence in later years. 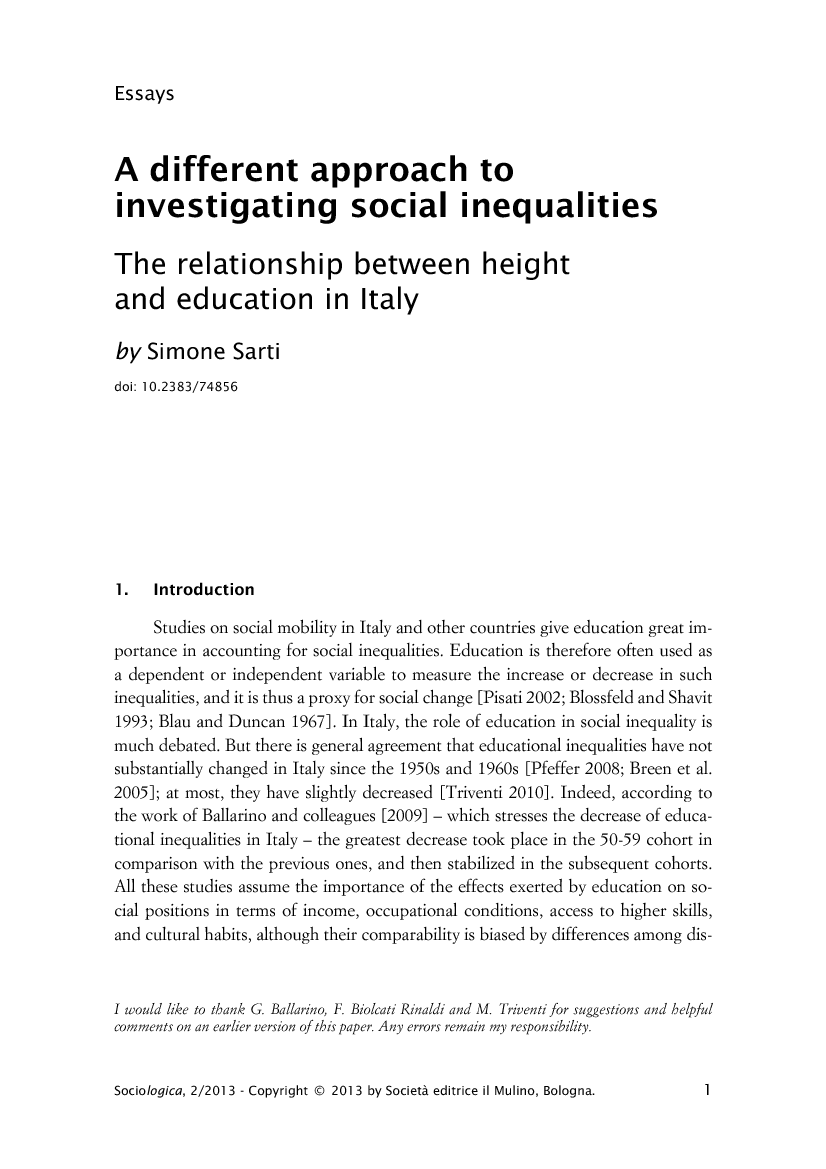