While traditional religion has been losing ground in the public sphere in the United States, the sociology of religion has been gaining vitality from several sources, even beyond the many conferences held in 2012 to commemorate Durkheim's epochal Elementary Forms of the Religious Life. One set of empirical stimuli has been the work of Christian Smith and the Center for the Study of Religion and Society at the University of Notre Dame. A second stimulus is new analytical and theoretical endeavors expanding on the sociology of civilizations, with important contributions from Parsons and Eisenstadt. A pinnacle of this development is the recent cultural evolutionary thinking of Bellah [2012], synthesizing materials from Jaspers, Eisenstadt, and cognitive neuroscientist Merlin Donald. As a grand narrative, it bears comparison with E. O. Wilson's and Teilhard de Chardin's evolutionary frame. We are still grappling with Durkheim's challenge of what are the religious forms appropriate for our advanced modernity. 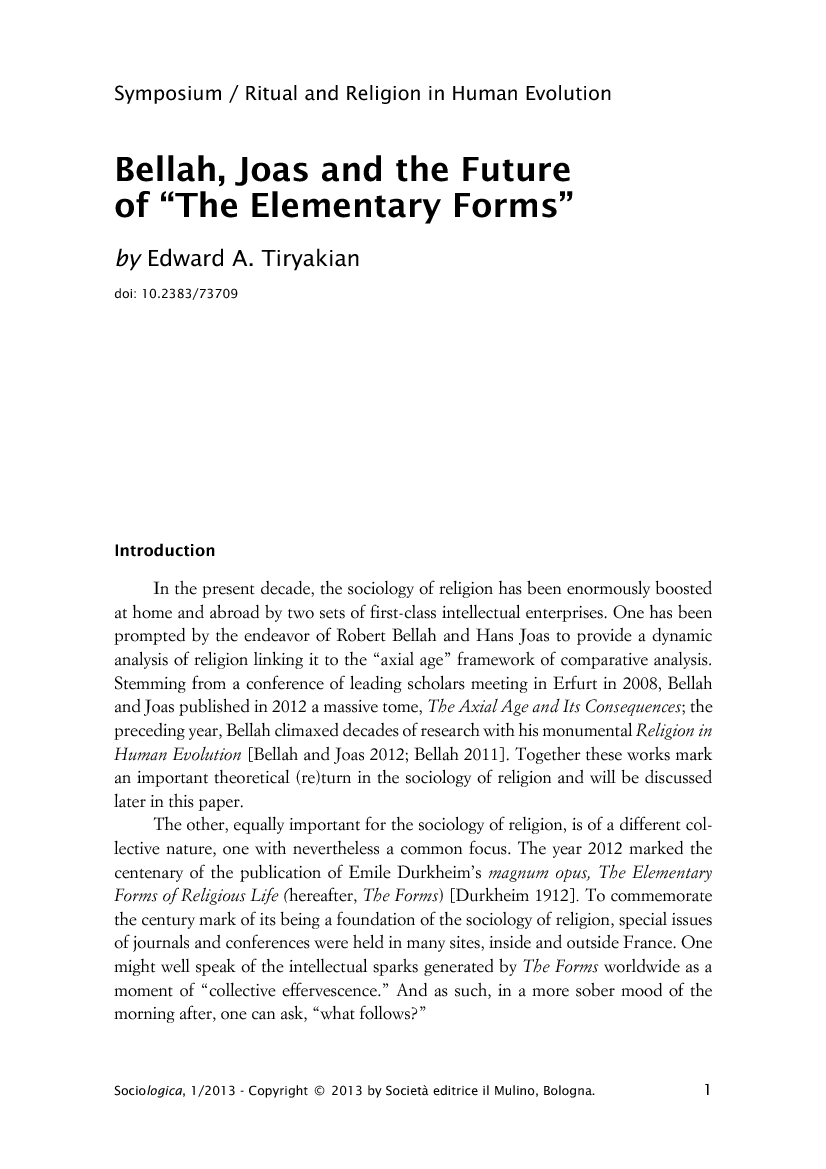