The article discusses two alternative approaches to sustainability - boundless and bounded sustainability - focusing on the example of biofuels as means to fight climate change. To date, social research on biofuels has focused mainly on the growth of a global market of production and consumption - boundless biofuels - highlighting emerging issues. While probiofuels policies pursue virtuous environmental objectives, the structuring of a global market is creating numerous and much debated side-effects. Across the world, scientific controversies and social conflicts have arisen: boundless biofuels benefits are strongly contested. Most researchers focus on the sustainability certification of global biofuels as a governmental device which to settle disputes. The article argues that, beyond the global biofuels controversies, the localization of biofuel production and consumption is increasing. These are schemes that seek to preserve local control over resources and attempt to be environmentally and socially friendly because they are able to integrate different policies at a territorial level (e.g. energy production and food production). these practices, the article develops an alternative conception of sustainability as the careful socio-ecological balance of local systems. 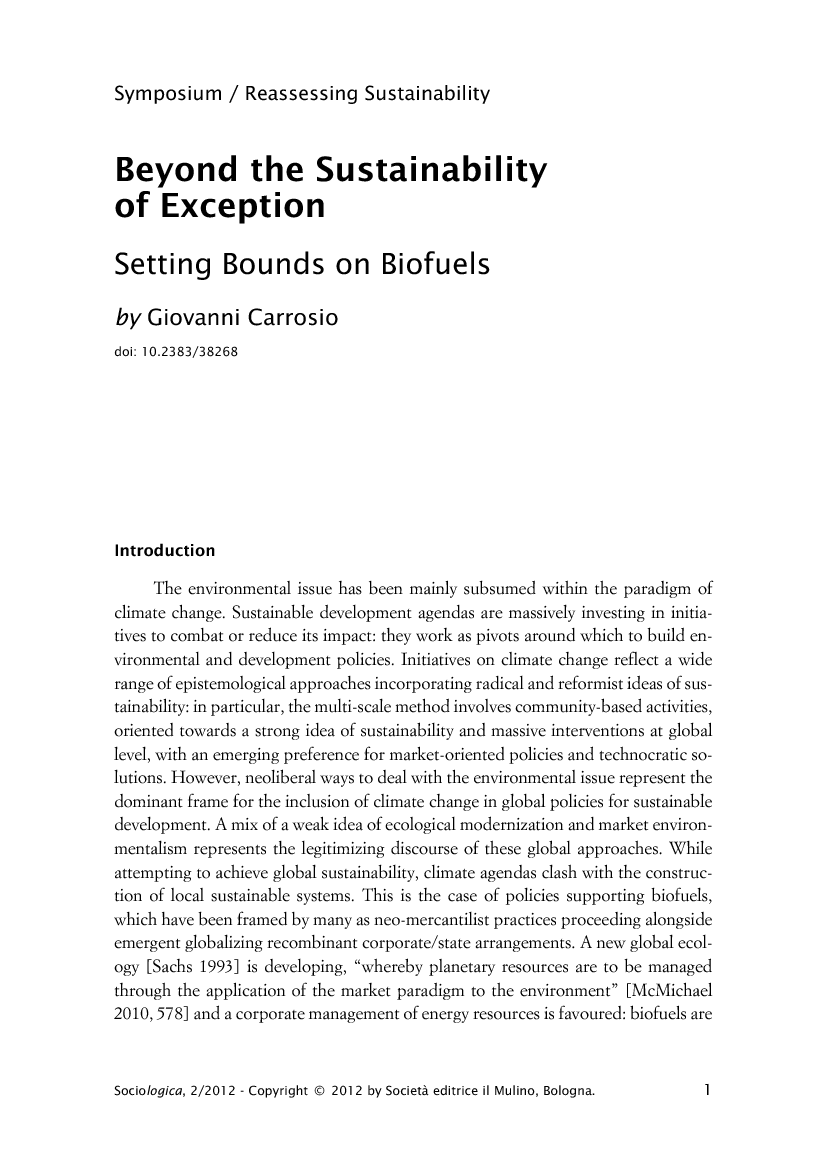