The article investigates the organizational structure of the social movements that were successful in beheading the regimes in Egypt and Tunisia in early 2011. It argues that such a structure is consistent with some of the main features of the web 2.0 as a network of social relationships and shows how linking, sharing, and remixing have been the core practices behind those movements' organization. The article shows that this specific organization has been generated by the emergence of a new and heterogeneous élite of tech-savvies fully embracing what has been defined as a "remix culture." Tech-savvies acted as "bridge leaders" creating and maintaining networks connecting already existing and stronger - but often isolated - networks within society: factories, universities, unions, mosques, and families. 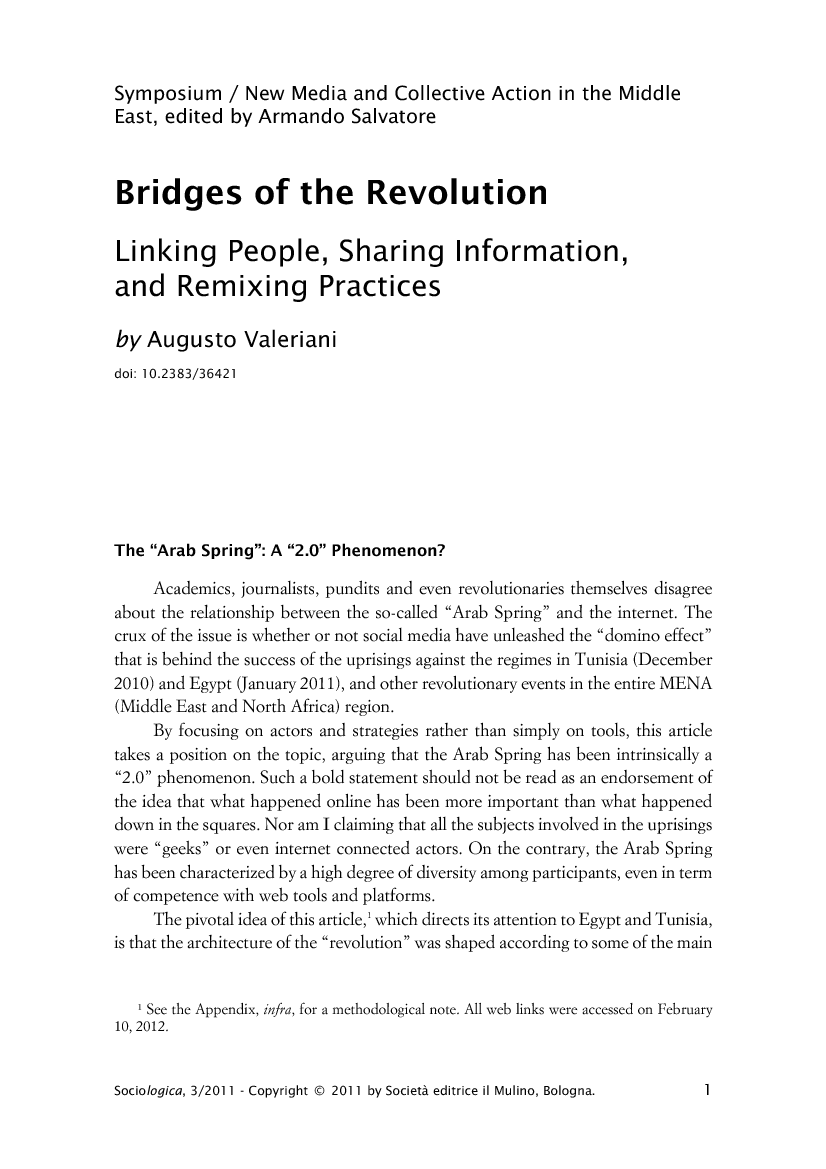