How explain macro trends in violence, such as historical shifts in rates of crime, while using a micro-theory of situational interaction? Wieviorka argues that the world-wide rise in crime rates since the 1960s resulted from the combination of a macro cause - the breakdown of regulated and limited class conflict - plus a micro process of individual meaninglessnes, so that violence became the new means of constructing identities. Wieviowka's theory clashes with evidence that on the micro level, humans are not proficient at violence. Violence is largely shaped by an emotional barrier of confrontational tension/fear [ct/f], so that most conflict goes no further than blustering gestures and words. Violence is messy, imprecise, and atrocious, because it happens only when local conditions allow pathways to circumvent ct/f. But how can this theory explain rising or falling macro-trends in violence? Interactional techniques are invented: such as football hooligans style of overwhelming police by maneuvering to assemble where they have huge local superiority of numbers; or another kind of technique, the clandestine approach to delivering a close attack by a suicide bomber. These techniques can be charted as they spread from one place to another. To complete the picture, authorities' counter-techniques of violence control also evolve and spread; the balance between these two sides results in the historical macro-trends of violence. 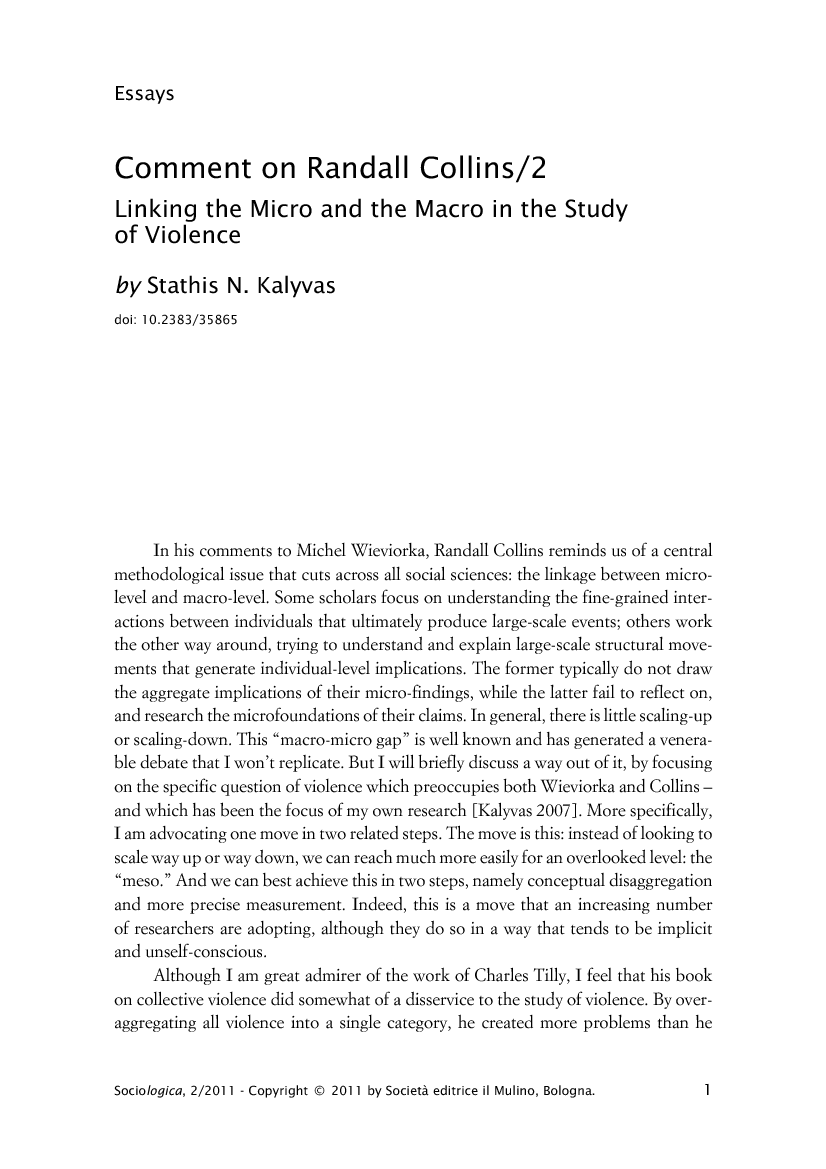