Most of the changes in the gender system which we have witnessed in recent decades involve women moving into positions and activities previously restricted to men, with few changes in the opposite direction. The incomplete transformation of gender relations in families, in social policy and labour market assumptions and in decision-making processes and bodies, together with changes in the labour market, has exacerbated long-standing gender inequalities in the globalized economies. As a result, inequalities among women across different social classes and ethnic groups have also become more pronounced. Since the 1990s, gender-sensitive welfare regime analyses have provided one of the most innovative theoretical perspectives for understanding the main problems and developing proposals for institutional responses. The introduction to this symposium focuses on gender, labour market, family and on the role of welfare states in promoting gender equality or at least a higher level of gender equity. It raises a few questions on the relationship between gender and welfare state to which the contributions contained in this symposium attempt to answer. 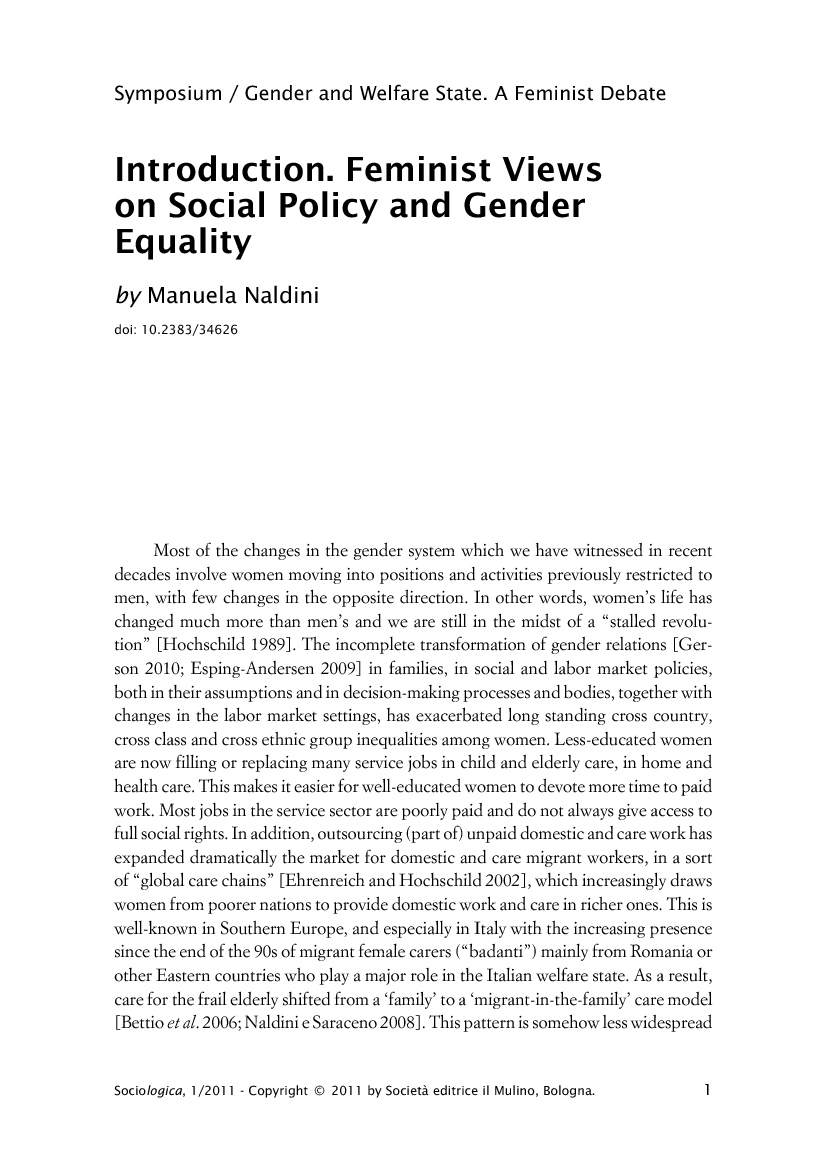