Robert N. Bellah's shift "from Japan to America" in the late 1960s has been explained as either the outcome of a prolonged period of personal and political dismay or the beginning of the "culturalist revolution" in the social sciences. This paper uses published and archival materials to extend and complete these accounts from another point of view. It contends that, at the time of writing "Civil Religion in America" (1966-1967), Bellah was facing the structural problem of the gifted follower, which required him to decide between remaining under the shadow of his mentor, Talcott Parsons, or trying to step out and occupy an individual position within the intellectual field. In order to illustrate this thesis, the paper reconstructs Bellah's relationship with Parsons and the Parsonian circles at Harvard, and presents some unpublished papers on America and American religion from the 1955-1965 decade as an illustration of Bellah's development. 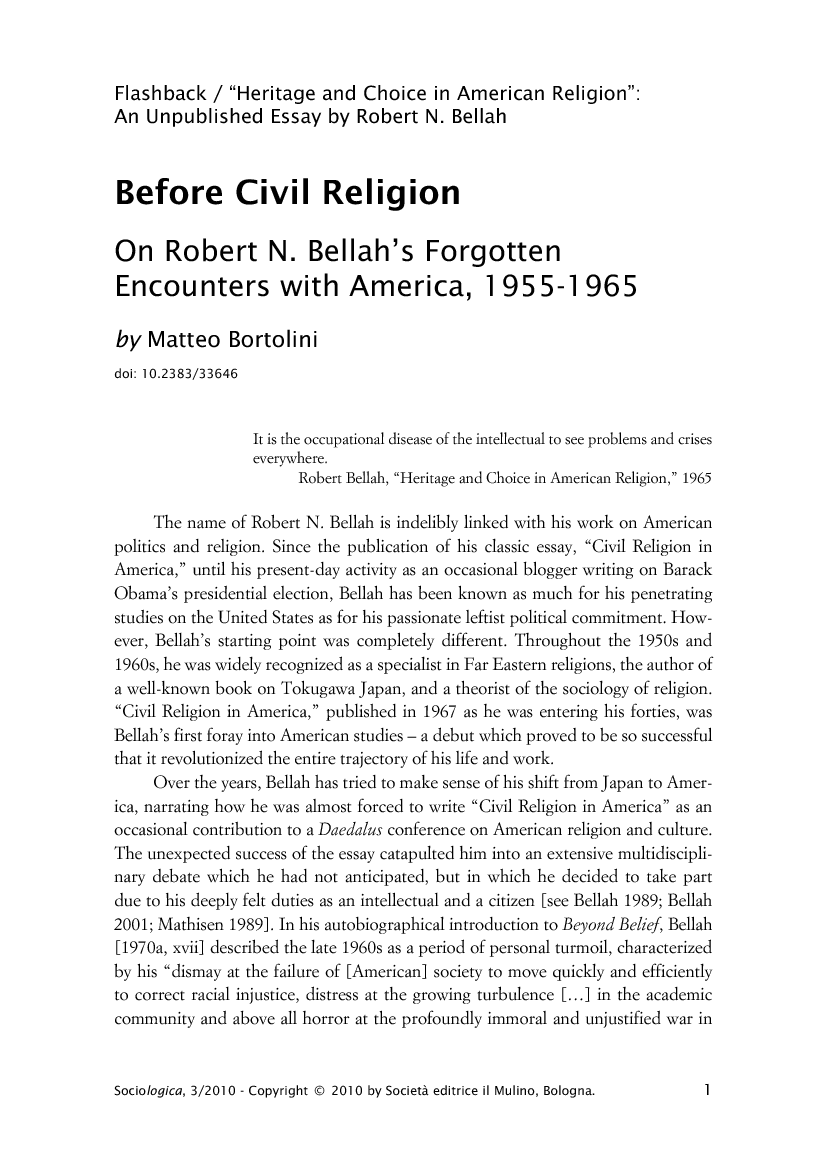