The intellectual relationship between Everett C. Hughes and his student Erving Goffman has attracted the attention of historians of American sociology since the death of these two sociologists. The thesis of a unilateral relationship, Goffman publicly praising Hughes (but only at the end of his life), and Hughes being resistant to this mark of allegiance, has long prevailed from the existing sources. A stimulating article by Gary D. Jaworski has challenged this version, claiming from study of the archival material that this relationship was much more complex. Jaworski's thesis suggests there was even a master-apprentice relationship between Hughes and Goffman. Based on an extended work on archival material, this paper is an attempt to supplement or revise some of this last argument regarding the first part of Goffman's career since the Ph.D., namely his work on total institutions. Regarding total institutions, a major influence from Hughes on Goffman, veiled by the latter, can be revealed by careful study of various published and unpublished sources, Hughes even claiming the authorship to the concept of total institution. The heart of Hughes' argument on the authorship, however, rests upon a mysterious lecture note, often mentioned by him but that he was never able to found in his archives. This is the enigma of the total institution. 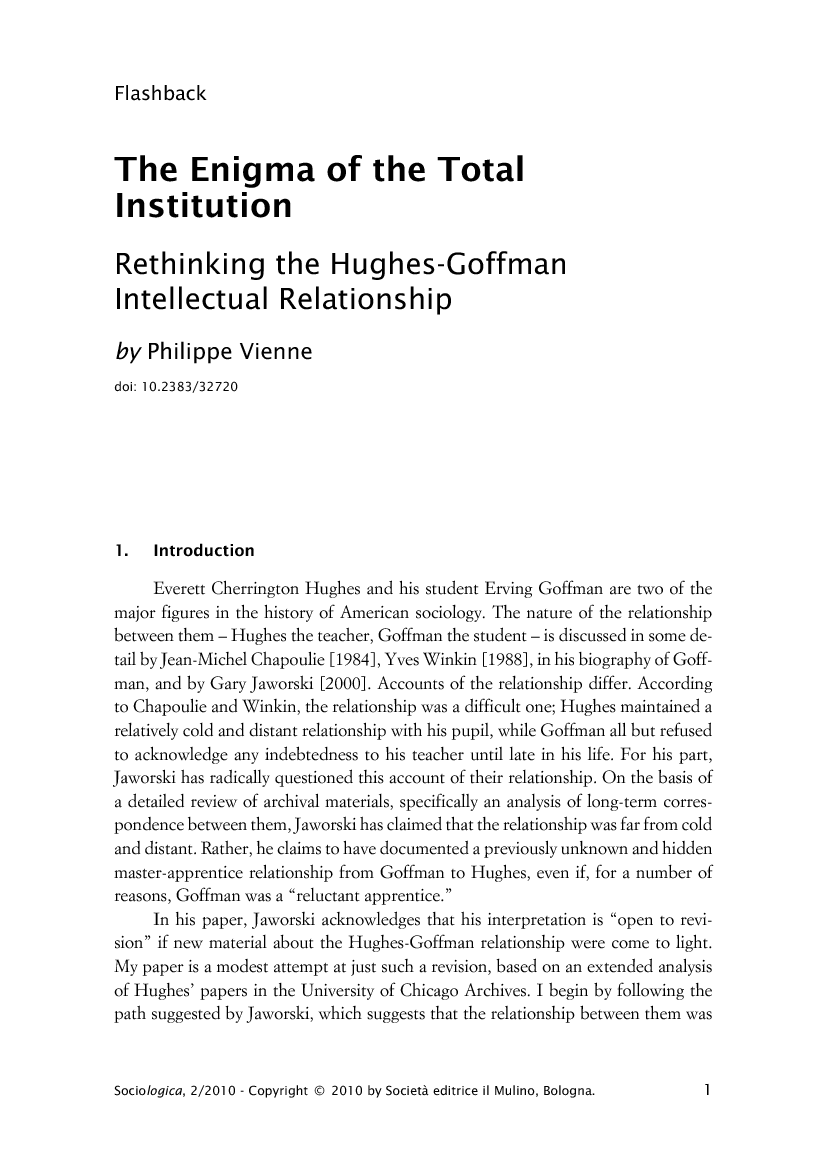