This comment responds to the provocative arguments of Paul du Gay and Alan Scott on recent Weberian, mainstream, and (neo-)Marxist work on the state. It first addresses their approach to defining the state, their account of periodization, and their distinction between state and regime, indicating problems with each step in this sequence of arguments. Of particular concern are confusion between state idea and the state apparatus, the need to recognize alternative bases of periodization, and the different ways in which the concept of regime is used in analyses states. The response concludes with some general remarks on how the arguments of Gay and Scott relate to the broader body of state theory and their implications for state formation and transformation. 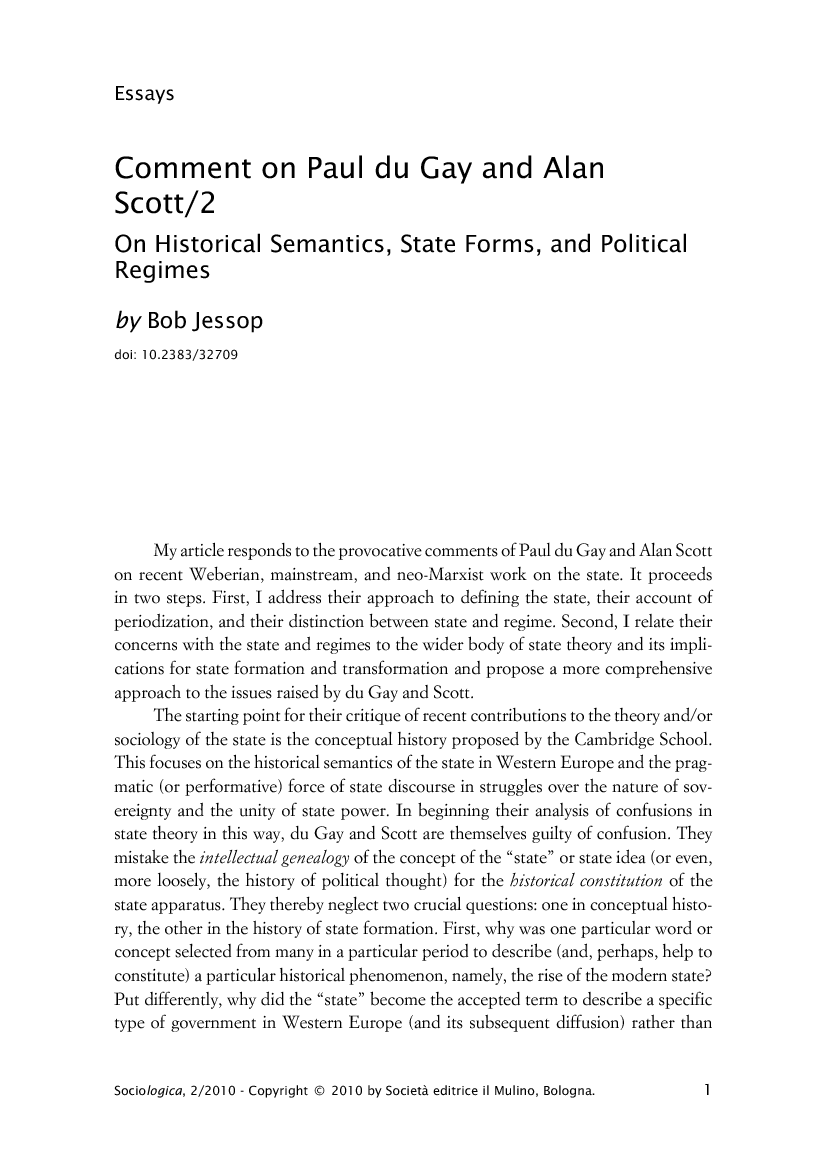