Much recent sociological debate about the state, whether neo-Marxist or neo-Weberian, has been concerned with its supposed transformation or its decline in the face of globalization and neo-liberalization. This paper argues that conceptual confusion underlies such claims, and to speak of a transformation of the state in short historical runs, of around thirty years, is inappropriate. We offer a narrower understanding of the state in terms of the means it deploys (cf. Weber) and its "core tasks" - i.e. those concerned with internal and external security. In doing so, we also seek to counter aspects of contemporary anti-statism, not least by highlighting their historical genealogies. To make our case, we appeal to the analysis of the state by the so-called "Cambridge School" of historians of political thought (§1). We then take Gianfranco Poggi's account of the constitutional state as an ideal type characterization of the state in a certain developed form (§2) and draw out the implications for recent sociological analysis of the state (§3). Finally, we make one suggestion as to how that debate can be conceptually recast in the light of the historically less compressed picture that emerges when we bring the arguments of the historical school together with Poggi's Weberian account, namely we seek to revive the notion of "regime" as it was used by Raymond Aron who builds on Weber's account of politics in terms of eternal struggle and selection (§4). The changes that have been misdesignated as transformations of the state are better understood as changes in regimes. 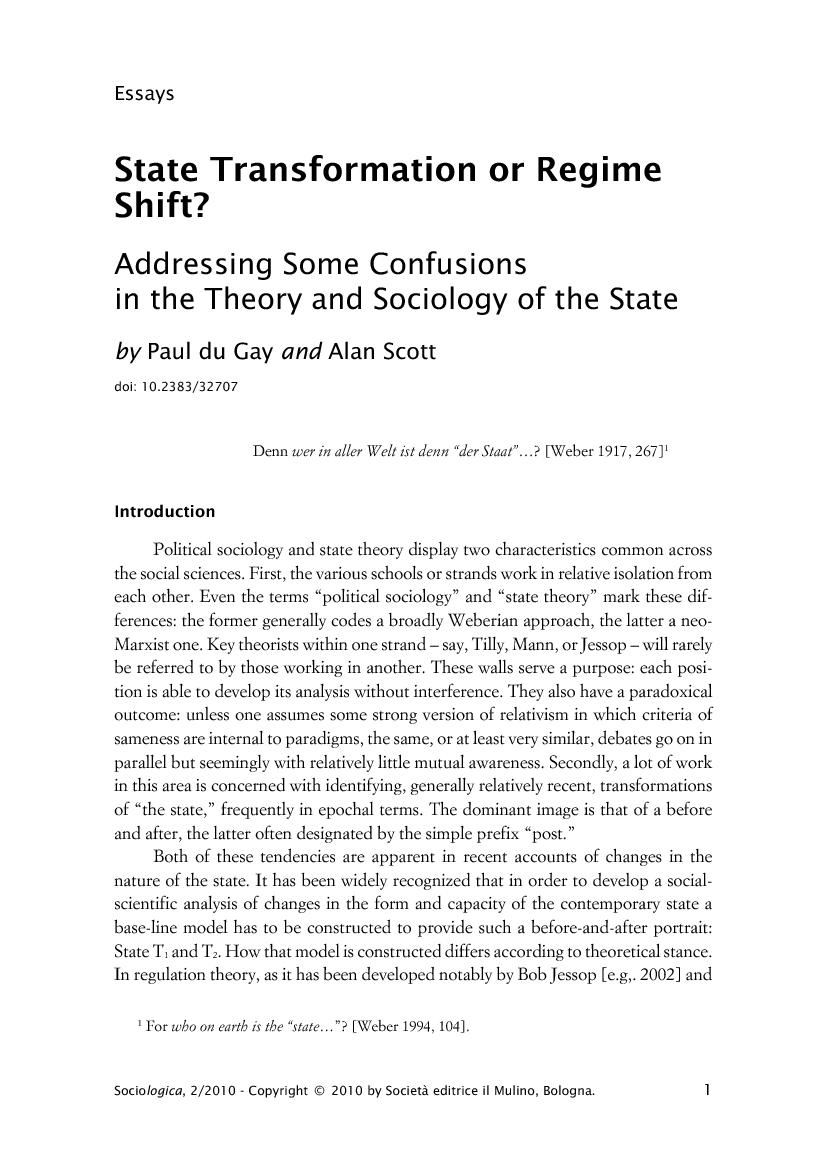