State-centered theory asserts that political institutions and credible commitment by political elite to formal rules securing property rights provides the necessary and sufficient conditions for economic growth to take place. In this approach, the evolution of institutions favorable to economic performance is a top-down process led by politicians who control the state. Hence, in less developed and poor countries, the counterfactual is that if formal institutions secure property rights and check predatory action by the political elite, then sustained economic growth would follow. The limitation of state-centered theory stems from the problem that behavioral prescriptions - formal rules and regulations - that reflect what politicians prefer can be ignored. In contrast, we lay out the bottom-up construction of economic institutions that gave rise to capitalist economic development in China. Entrepreneurship in the economically developed regions of the coastal provinces was not fueled by exogenous institutional changes. When the first entrepreneurs decided to decouple from the traditional socialist production system, the government had neither initiated financial reforms inviting a broader societal participation, nor had it provided property rights protection or transparent rules specifying company registration and liabilities. Instead, it was the development and use of innovative informal arrangements within close-knit groups of like-minded actors that provided the necessary funding and reliable business norms. This allowed the first wave of entrepreneurs to survive outside of the state-owned manufacturing system. This bottom-up process resembles earlier accounts of the rise of capitalism in the West. 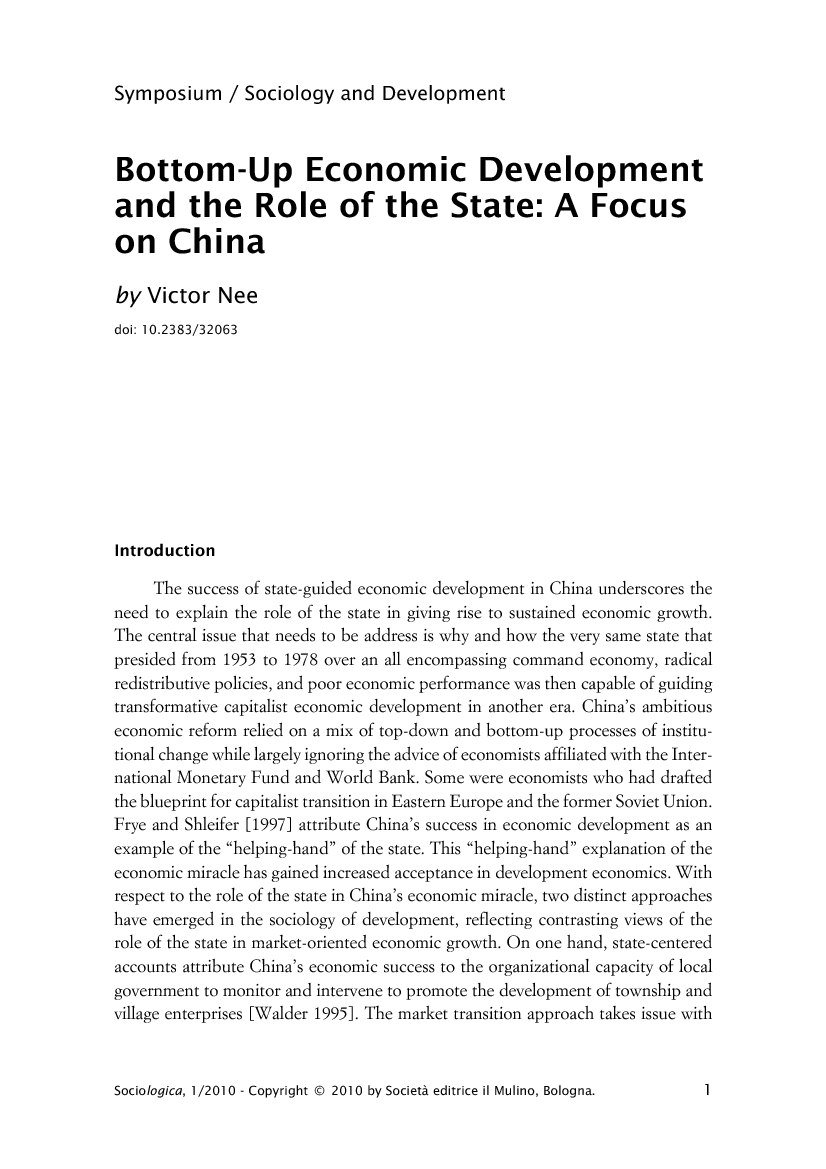