Following the key question of use more then a set of research and explanatory tools, Pierre Bourdieu's works are examined in a different academic context as a career option for the receptors acting under locally dominant models of intellectual and institutional practice. The article traces Bourdieu's reception in Russia where translations and even renderings of the original publications did not arrive before the early nineties. Taking this particularity as an advantage, elements of the Soviet sociology career are exposed to analysis and recent reception trends are examined closely, in search of internationally valid patterns. The study reconstructs the way the basics of "Bourdieu in Russian" were built, responding to the possibilities and obstacles intrinsic to the early post-Soviet sociology field. On the the next step, the study pertains to the relatively weak impact of the newly created context on the academic careers in the present decade, what turned Bourdieusque approach into an essentially extradisciplinary phenomenon. The managerial-based academic power, as opposed to peer-based structures, is considered as the key factor which provides a high resistance to the critical sociology and makes it rebound from a "normal" academic career. 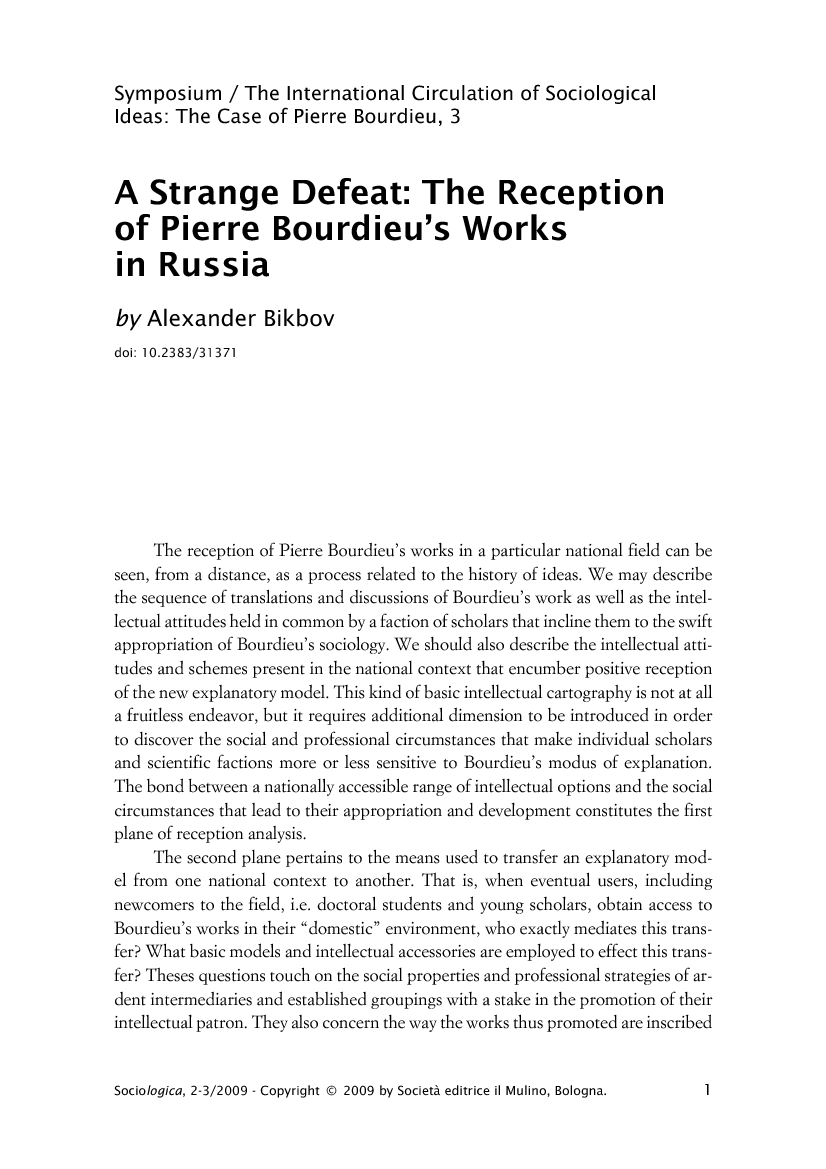