In this paper we have chronicled the affordances - and repudiations - of Bourdieu's sociology in the context of Australian social sciences and humanities. The story of Bourdieu's incorporation is slow and patchy. It is characterised by indifference or lack of appreciation, as much as it is by adoption or even serious consideration. Few, if any, Australian scholars demonstrate that they had seriously considered Bourdieu's oeuvre in the 1970s and 1980s. This is despite fertile ground for appreciation of his work in this era, given the extent of research into matters of class, education, and social reproduction within sociology and also the burgeoning discipline of cultural studies. The dominant Australian paradigms in these fields took principally from neo-Marxist models of class developed predominantly in America at the time, while the field of cultural studies was dominated by a mix of the British tradition, semiotics and post-structuralism. We show this pattern to be a function of intellectual networks within and across institutions, of the scholarly training and trajectories of key players within these disciplines and of the traditional historical concerns of scholarship within these fields. All of these things meant that Bourdieu's oeuvre was likely perceived as exotic, drawing upon relatively arcane traditions such as structuralism, or based upon the deployment of idiosyncratic methods and models which held little resemblance to the US and UK-centric worldview of Australian scholars. Our analysis shows, however, a belated appreciation of Bourdieu's work across the social sciences and humanities beginning in the late 1990s and beyond, especially within educational studies and investigations into cultural consumption. 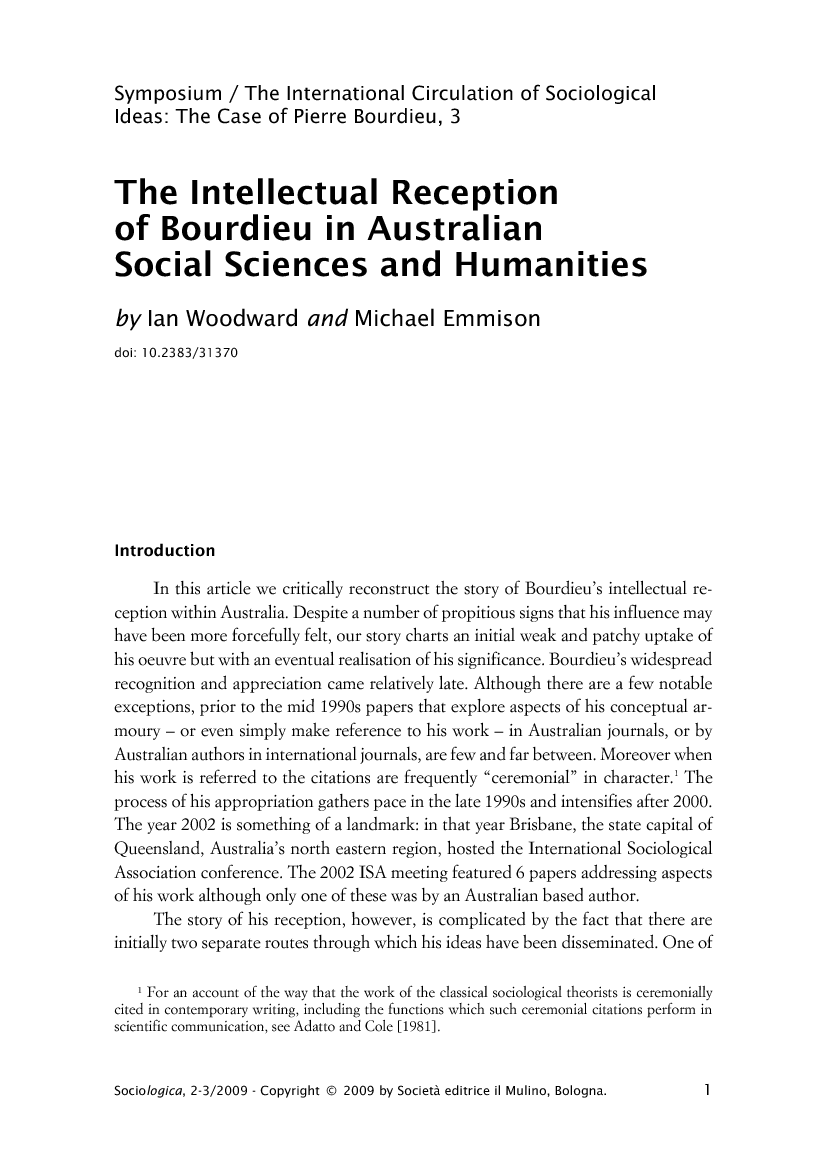