The revival of evolutionary thinking in sociology holds out real promise for understanding social change in human societies. This revival has often been highly threatening to sociologists because it is disproportionately based on evolutionary theorizing from biology, where selection works on individuals and their phenotypes (including their behavioral propensities), while populations are seen as evolving. Darwinian notions of selection have always been part of sociological theorizing, particularly in human ecology. In this paper, we argue that there are limits as to how far models from evolutionary theorizing in biology can be taken in the analysis of sociocultural evolution. A new and more distinctly sociological analysis of selection processes and the evolution of sociocultural formations is needed. Indeed, sociology should not be threatened by evolutionary biology, but instead should seek to create its own approach to the evolution of sociocultural systems. We develop our argument by answering four basic questions: What is evolution in the biotic and sociocultural universes? What is evolving? What are the units of selection in these universes? And, what is the nature of selection in these universes? The answer to these questions highlights the limitations of applying evolutionary theory from biology to sociological analysis. 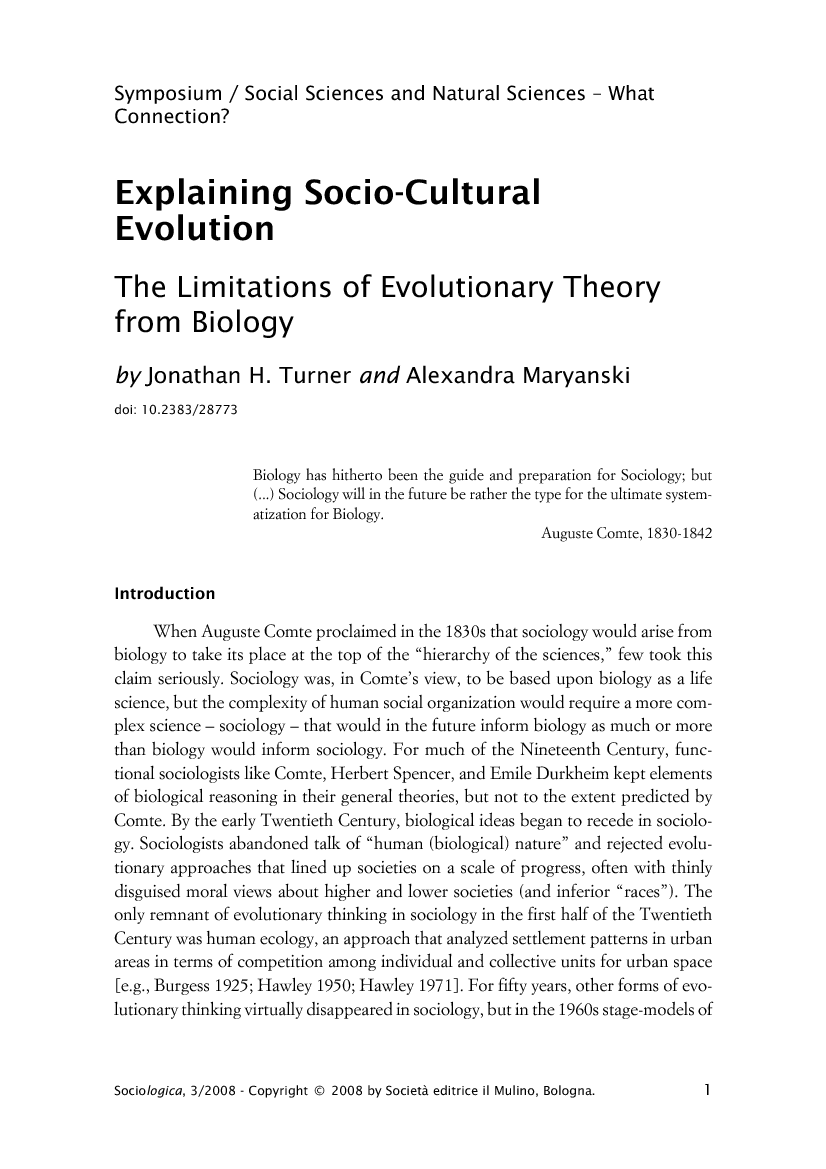