Sociology today is in disarray on every significant front, not only theoretically and methodologically, but on what the most important sociological questions are and even on whether the discipline should be an objective science of society or a form of social activism. In short, it is anything but a unified field. The social sciences themselves are not all in disarray, but they hardly connect to each other and interdisciplinary work is by far the exception rather than the rule. When we bring the natural sciences into the equation, it goes without saying that the social sciences and the natural sciences are about as far apart as they can possibly be. Few scholars on the social/natural divide lament this fact, but some of us hold out hope that these two major branches of science, or at least parts of them, can be brought together into a Grand Unified Theory of the natural and social world. This paper tries to point the way toward such a unification, mostly by sketching out the natural science fields and their social-scientific applications that sociologists need to immerse themselves in. The paper also makes brief reference to the author's own provisional theoretical synthesis, Darwinian conflict theory, an unfinished unification that may provide a foundation on which other sociologists can build in due time. 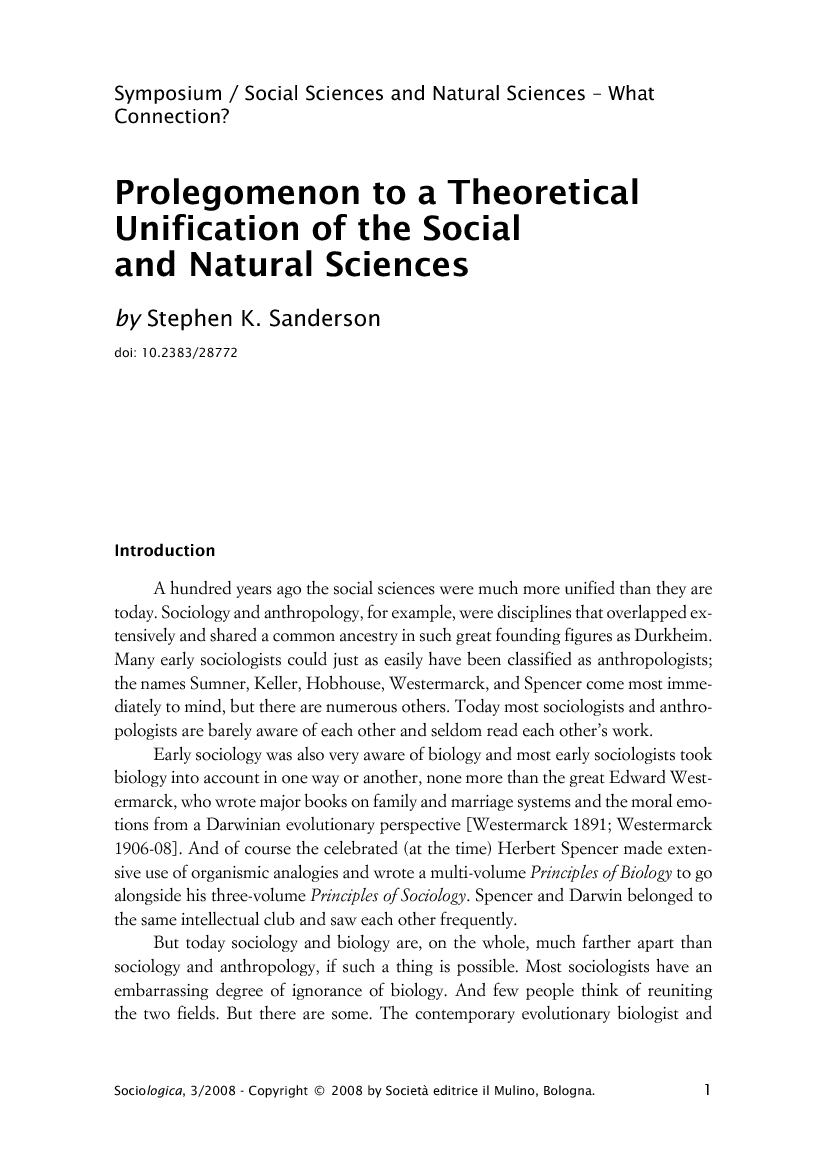