In this paper I first describe event-structure analysis (ESA) and its promise as a tool to aid socio-historical inquiry, then discuss why researchers have been reluctant to employ it more frequently. On the first issue, ESA is a member of a family of formal analytic procedures designed to analyze and interpret text, in particular the temporal sequences constituting the narrative of an event. Its basic purpose is to aid the analyst in "unpacking" an event - that is, in breaking it into its constituent parts, which are sequences of actions - and analytically reconstituting it as a causal interpretation of what happened and why it happened as it did. ESA focuses on and exploits an event's "narrativity" - its temporal orderliness, connectedness, and unfolding - thereby helping analyst infer causal links between actions in an event, identify its contingencies and follow their consequences, and explore its myriad sequential patterns. It dos this by asking the analyst a series of questions about the causal connections among actions constituting the event's chronology. ESA thus forces the analyst to replace temporal order as the basis for attributing causality with her or his expert judgement or knowledge about potential causal ties among these actions, judgements limited by an action's temporal position in a sequence but not determined by it. Unlike most other formal analytical techniques, it is completely nonnumeric and non-statistical, and it does not answer its own questions. SEA's utility centers on how it relentlessly probes the analyst's construction, comprehension and interpretation of the event. On the second issue, I argue that SEA's intellectual demands, its lack of fealty to statistics or logical algorithms, the unusual way it constructs and compares cases (as narratives, not variables) and generalizes across them, and its decidedly historical thrust challenges many in sociology, especially those committed to scientistic paradigms. 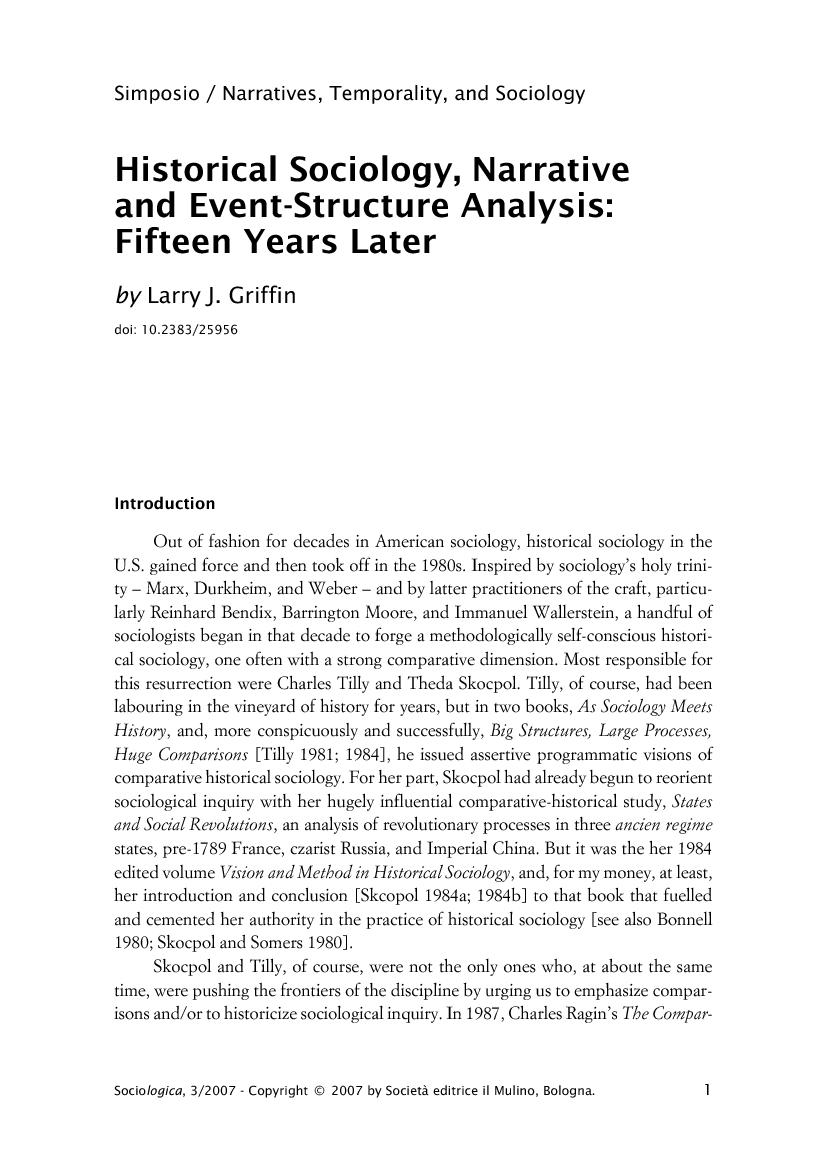