Bourdieu impaled taste on power. Many subsequent accounts, citing an erosion of systematic cultural differentiation and a decline of class distinction, imply that taste no longer serves established power. The blurring of cultural boundaries and the spread of cultural omnivorousness are thought to have eliminated command of legitimate culture as a basis of hierarchical social classification. Focus groups, conducted in Britain in 2003, are used to explore the relationship between social classification, taste and power. Very diverse groups of Britons talking about good and bad taste, aesthetic standards, social comparison and social relationships suggest continuity as well as change in the nexus of legitimate culture and class domination. It is argued that while class inequalities have changed little, effects occurring directly through judgments of taste have attenuated. Uncertainty about standards of judgment and a reluctance to read taste as an indicator of social worth produce much ambivalence surrounding classification. Command of legitimate culture is no longer the sole means to obtain social esteem from expressions of taste. Other means can be detected: boundary effacement and omnivorous orientations serve to conceal the effects of power previously attributed to legitimate cultural capital. 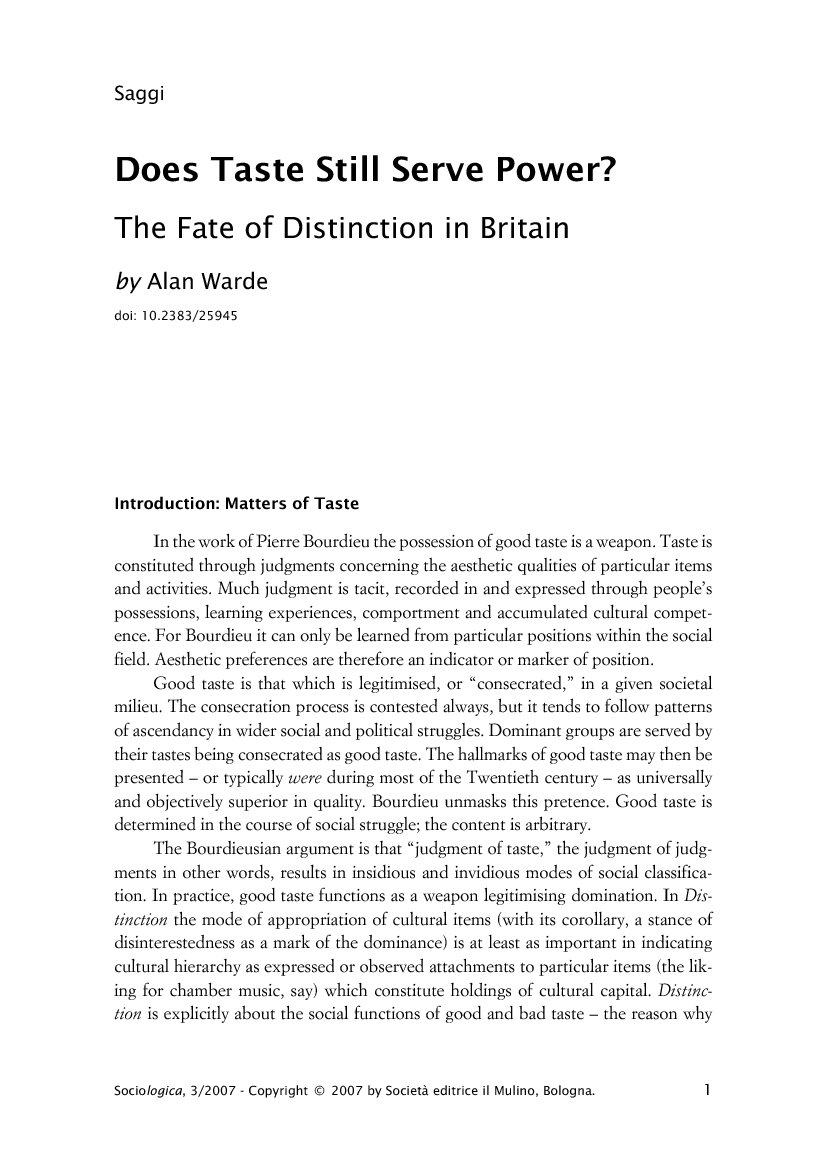